1.     The Society That My-Self Does Not Recognize

“Knowledge makes a man unfit to be a slave.” Fredrick Douglas

Nestled 8000 feet in the Elk Mountains of Western Colorado is one of America’s most vaunted playgrounds for Hollywood celebrities, hedge fund managers, war profiteers, fossil- fuel speculators and the international jet set.

Aspen, one of America’s most affluent ski towns, was initially founded as a mining camp during the silver boom of the late 19th century and eventually evolved into a world-class ski resort hosting the World Alpine Ski Championships in 1950 and many World Cup races since. Today Aspen sponsors the Winter X Games, The Food and Wine Classic and other displays of commodity fetish and hedonism mirroring the town itself. The core business district is distinctively high- end not unlike Beverly Hills. Aspen flaunts bourgeois boutiques like Louis Vuitton, Prada, Gucci and Burberry. Restaurants, galleries and other luxury retailers also cater to the demands of the uber-rich. 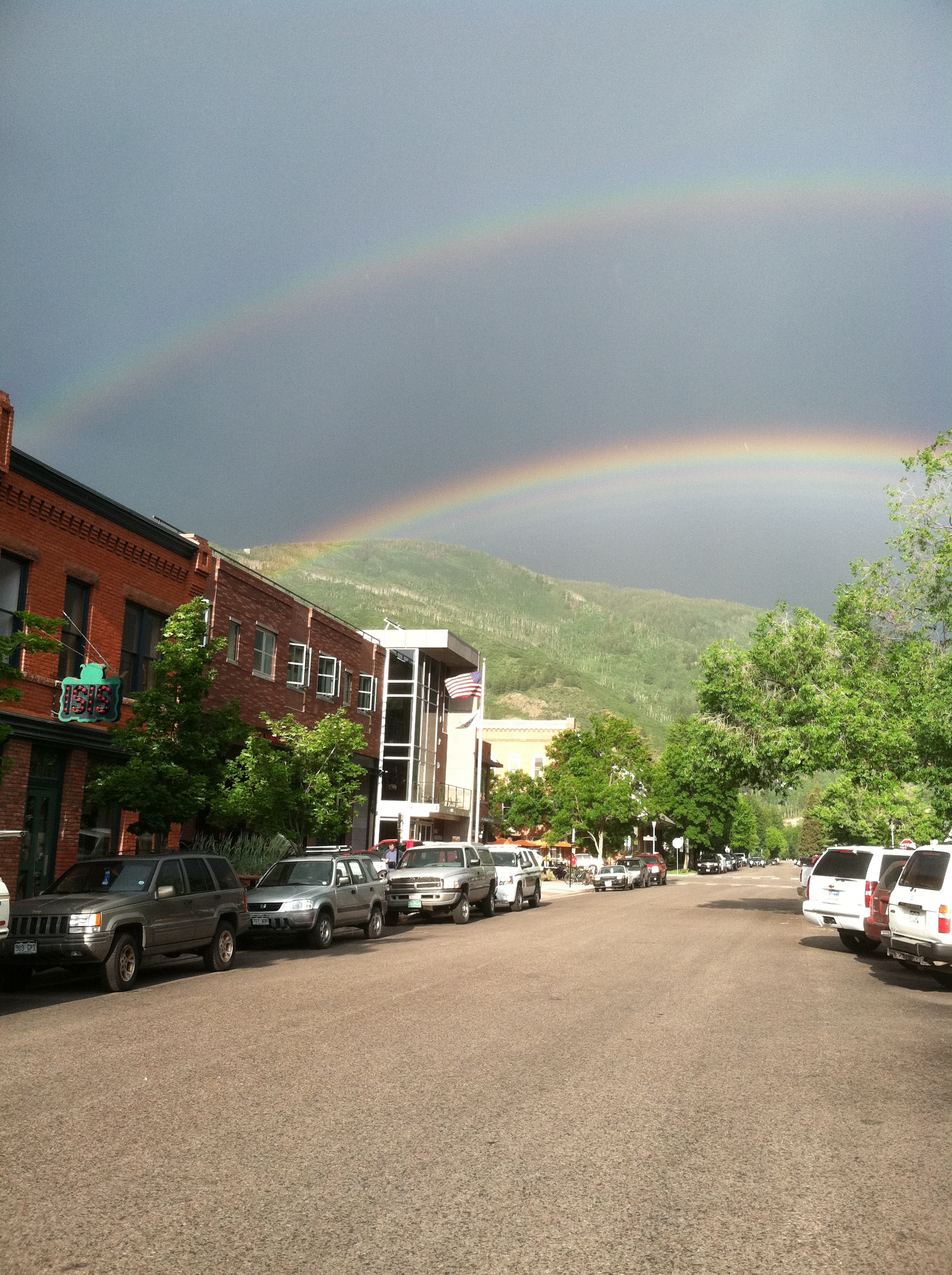 During the holiday season Aspen quickly transforms from a quaint mountain town to a spectacle of vulgar consumption, billionaires; those who have achieved financial success and those who worship excess. And at this time of the year Aspen-Pitkin County Airport looks more like the 405 Freeway in Los Angeles. Private jets fly in and out relentlessly as if it was a NATO deployment dubbed “Operation White Out.”

The Wall Street Journal noted that Aspen boasts the highest real estate values in North America. When Gonzo journalist Hunter S. Thompson ran for sheriff on the “Freak Power” platform in 1970 and proposed to rename Aspen Fat City, it was in response to the land grab deals by greedy real estate developers. An obscenely inflated real estate market has since displaced that aging counter culture. As wealth has been redistributed to fewer richer hands in the past few decades only the power-ful elite can afford to buy a home here. When a property is acquired the structure is usually destroyed for a much larger structure. As they say: In Aspen the billionaires have forced out the millionaires.

2.     The Society That Does Not Recognize My-Self

It’s not just Aspen. Today the entire world is nothing but a larger Aspen. This planet has become a playground for the 1 percent super-rich. They play with the planet and they play with us as if the remaining 99 percent of us were mere toys, disposable playthings.

Most of the affluent homeowners in Aspen only inhabit their properties a few weeks out of the year. As many are involved in trading commodities, they do not remain too far from major financial centers such as New York.

The same is true for the hippies of the 1970s and after; they too do not live in Aspen. They difference is that the hippies fled unaffordable Aspen; and so did most of the service staff and working class. They moved to the small bedroom communities that stretch fifty miles down the Roaring Fork Valley.
In the glossy vanity magazines that only try to make the one percent of the rich recognize how wonderful they are, there is no one writing stories or printing photos of the ninety-nine percent – the darker skinned people and lower working class whites that work on the back stage of huge estates, kitchens and hotels. In Aspen as anywhere else in this globalized world, these are the “invisible people” that are not recognized, unless of course something has to be cleaned, shovelled, mopped, pressed, carried, cut, cooked or hauled away. 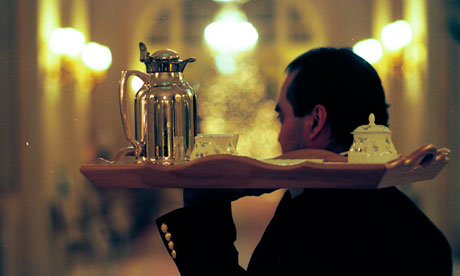 Globalization became my backdrop as I became acquainted with the disposable labor of Aspen. Cursed by the curiosity of an ethnographer, I navigated my various roles ranging from dishwasher to dilettante sociologist. I worked shoulder to shoulder, I observed, I ate, I got fired, and I formulated theoretical questions on structure, habitus and recognition.

My romantic ideas sent me searching and stimulating the creative imagination. I was looking for an interpretation of this strange place I was living in where there were distinct realities that lie under the interplay of race, gender and class but more distinctively, income.  I found illumination in Leo Tolstoy, Mikhail Bulgakov, Charles Dickens, Somerset Maugham and in the American writers – Ralph Ellison, John Steinbeck and James Baldwin.

However, what I also realized was that I was a living metaphor of walking a tightrope between highbrow culture and the exploited worker. I wanted to express these challenges not through a long exposition but on canvas.

I first moved to Aspen in 1987 after being discharged from the military. I was an aspiring bicycle racer and I knew some world- ranked cyclists that lived there.  I initially lived there four years racing bicycles and also embracing the ski bum lifestyle. However, it occurred to me when I looked at some of my older cohort, there was a sense of estrangement. Some aspects of their lifestyle had depleted their health and years of self-indulgence made their lives vulnerable. During my happy sojourn, I observed that unless one had a trust-fund, ski-bums could no longer ski all-day and work in a kitchen at night. Some of my friends lost their lives due to substance abuse, ski accidents and suicide. Also, poverty was becoming a crime and the visible homeless would receive a one-way bus ticket out of town.

Concerned about my probable fate if I continued to live there, I decided to do some grown-up things. I moved back to the East Coast, because it was apparent that my ambition to be a cycling champion was one of delusion and the thought of becoming an elderly ski bum was troublesome. I went back to school. I travelled around and I learned to paint and became intensely interested in sociological theory and art.

I enjoyed expressing my way of seeing the world in creative ways. I never had any former art training but when I picked up a paintbrush I was transformed by the alchemist’s vision. I returned to Aspen with the intention of building a body of artwork. However, with respect to the division of labor and challenges of making one’s living through art I was faced with living the bohemian paradox. 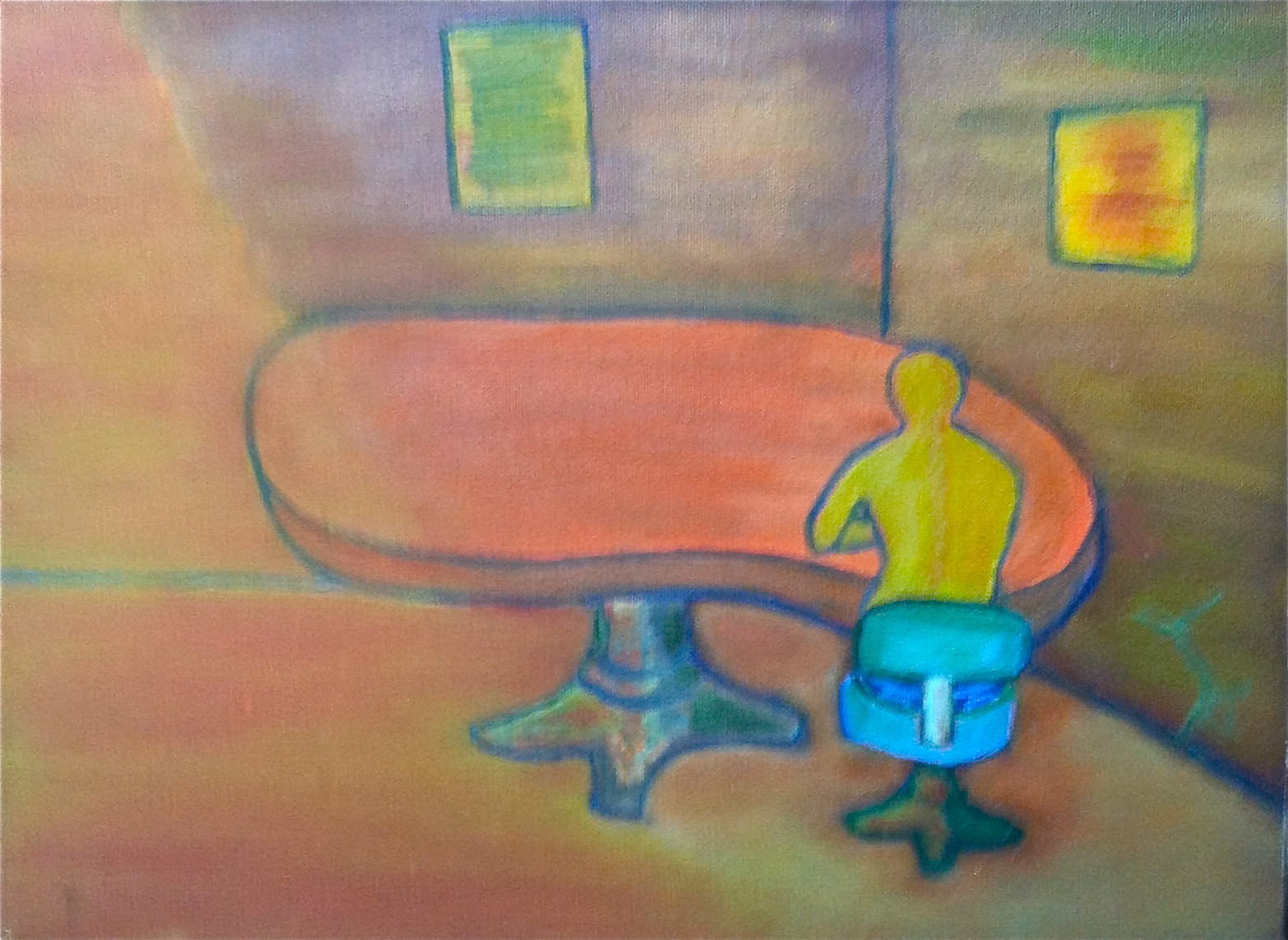 Those who hold the keys to Aspen have a myth of natural superiority that is structurally systemic or as Noam Chomsky calls Manufacturing of Consent. Aspen holds the key to understanding our world today which is plagued with inequality and even a magazine such as The Economist argues that inequality is indeed the problem of our time. Aspen is all that is seen on the covers of glossy magazines and Aspen is all that is wrong with this world.

I don’t quite live in the lion’s den but I am walking the Serengeti.

3.     Creating A Society of the Non-Recognized

As described in his thesis of the Politics of Recognition written in 1991, Charles Taylor postulates:

“Our identity is partly shaped by recognition or its absence, often by the misrecognition of others, and so a person or group of people can suffer real damage, real distortion, if the people or society around them mirror back to them a confining or demeaning or contemptible picture of themselves. Non-recognition or misrecognition can inflict harm; can be a form of oppression, imprisoning someone in a false, distorted, and reduced mode of being.”

Is a better world possible? Is dissent inevitable in our world? With all the recessions and greed and all the environmental damages, how long will this unstable House of Cards keep standing?

As for my-self – I do not know the answers.

Have we ever calculated the chasm between a billion dollars and $100,000 and the invisible crack between $100,000 and $25,000? But then how does one see the truth when one is suffering from a delusion? How does one open one’s eyes if one is convinced that one lives in a dream? This delusion that we are living (in) a dream is the greatest disaster facing human society today.

What I know for my-self is that I’ll continue to paint sociological observations into each corner of my canvas, use my voice to shout for the invisible people, and ride a bicycle… really fast!

Like the proverbial hamster, I see my-self cycling furiously inside this non-recognizable, non-real American Dream…just so that I can stay awake.

I do not have a dream.

In fact, the 99 percent of us cannot afford to have any dreams.

We stay awake…worrying about life and working to survive.

We stay awake… so the rich can continue to play…In Aspen. On this planet. 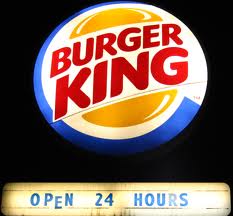 Painting: “Estrangement of a Young Man,” by Dennis Dodson

Aspen at night from:  http://theskimonster.com/blog/posts/where-to-eat-kenichi-aspen/