A woman walks into the emergency room (ER) of a local hospital with complaints of difficulty in breathing and intense sharp pain in her chest. The doctor in the emergency room orders immediate X-rays and the diagnosis – Two Shattered Ribs. The wife describes to the ER doctor that, at one moment the husband and wife were playful, the next moment he shoves his wife backwards into a porcelain tub.  She cried. He laughed.  No report was ever made.  Police were not consulted, and that was that.

A few weeks later the woman is back in the medical system; dealing with post-traumatic stress disorder (PTSD).  My fingers trace the cracks and crevices of two shattered ribs on that X-ray – the same X-ray taken of that same woman in the emergency room of the local hospital. She explains. “I was too dismayed, too disbelieving, too embarrassed to speak.” 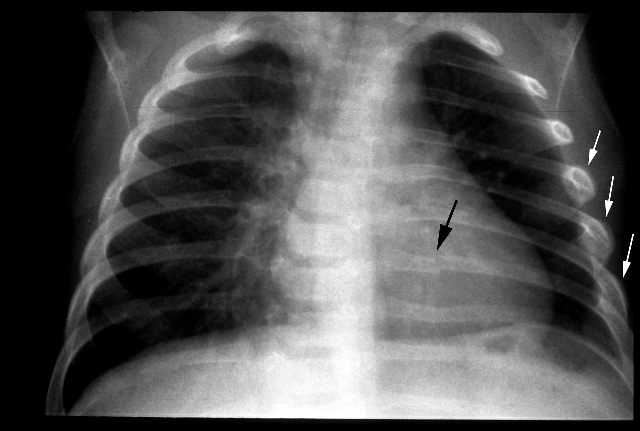 Another reminder:  The Annual Victims of Crime (VOC) Rights Week that was commemorated April 2013 in the USA, as it has been each year for the past several years.  VOC is a United States government program that serves as an advocacy group for individuals who have been affected by crime in most metropolitan cities across the USA.  More often than not, violence is a key factor for most VOC clients, with the acts of violence ranging from domestic abuse to murder.   Families of murdered victims may receive compensation for medical, legal, counseling and funeral expenses.  However, most agree that one of the hardest tasks lies in identifying domestic violence.

Yet, a recent World Health Organization (WHO) study released in June 2013 revealed that more than one-third (35%) of women worldwide are victims of physical or sexual violence. Most women know their attackers. This study poses violence (against women) as a global health problem of epidemic proportions. The report is titled: WHO Multi-country Study on Women’s Health and Domestic Violence against Women and available at the URL: http://www.who.int/gender/violence/who_multicountry_study/summary_report/en/index.html

Domestic violence is severely underreported by victims, and in many cases, the violent act is not even recognized as “truly” violent.  Says one victim of domestic abuse, “I thought my experience was minor compared to what was happening around the world.  I did not lose my life.  I was not outwardly scarred. I am a victim, but afraid my case will not even make it to prosecution.”

I return to the X-ray and the shattered ribs; I wonder. Does this amount of damage equal violence? Was this a “playful” accident?  After all husbands and wives play, love and argue all the time? Does the victim even regard this evidence as domestic violence? Does being laughed at whilst in extreme pain equal violence?  Was this “just” bullying?

Bullying is also an act of violence that leaves many victims in its wake; but it too is underreported and is currently being debated in social media around the world. The violent acts are typically words or images that leave profound deep psychological “wounds”—felt but not actually seen.  Mediated stories often report on the after-effects of bullying—often suicide or further acts of violence. 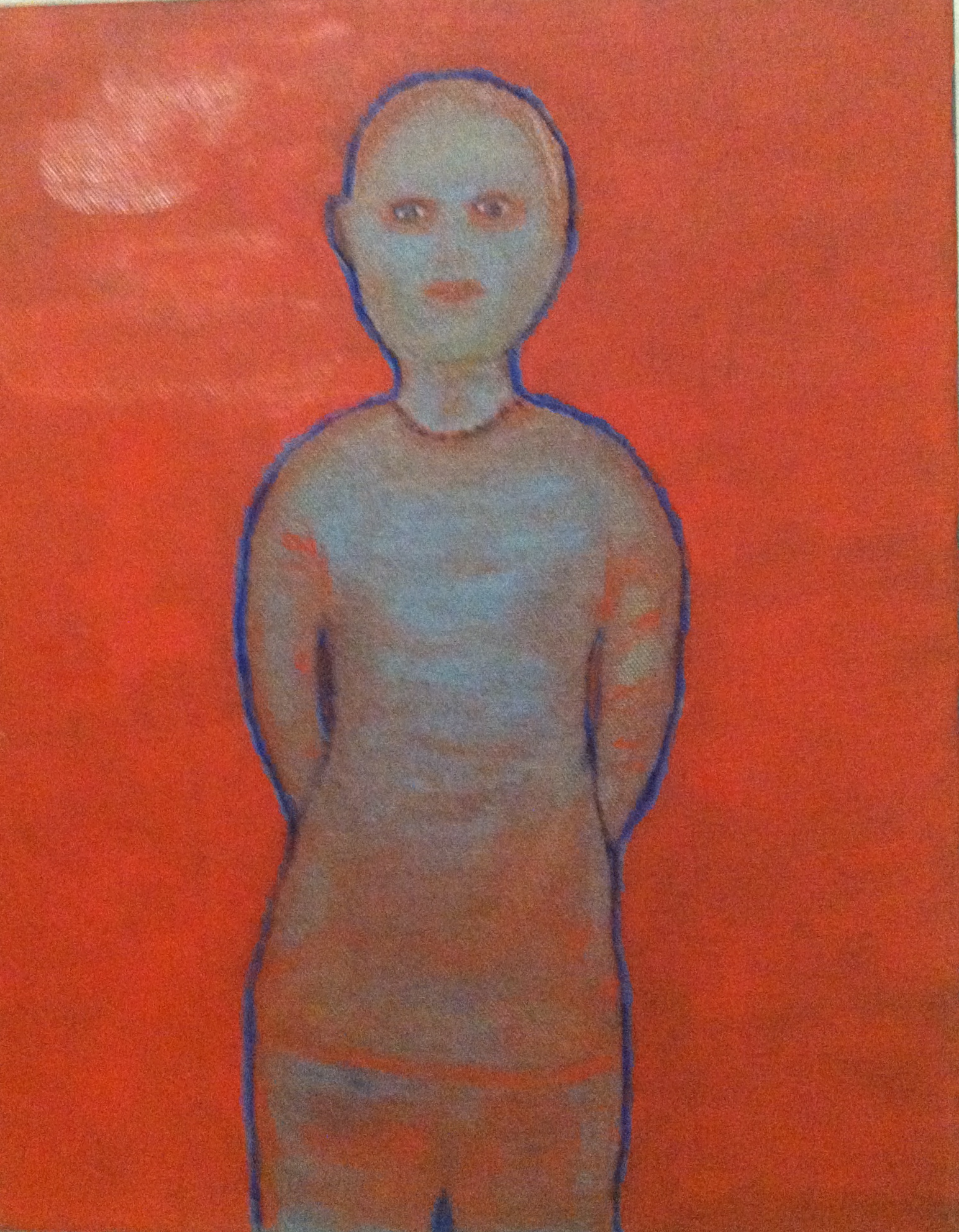 So, where does one draw the line in defining and reporting violence, and what does violence really mean globally? Lastly, do these hard to define acts of violence lead to the more obvious ones, such as mass murder shootings in United States schools, to the recent killing of a British soldier in London, to full blown wars over cultural differences? Given the range in defining and identifying violent acts, and the equally puzzling idea that many acts of violence are not reported, one must ask:

What exactly is violence?

A broad review, or light brush, of academic literature demonstrates that researchers try to explain violence, but it is mainly through crime statistics, studies of specific cultures and through the voices of abused women.  The USA National Criminal Justice system has tried to break down violence into areas such as; corrections (jail), courts, crime (reported), crime prevention, drugs, the justice system, juvenile justice, law enforcement and then the victims. (www.ncjrs.gov. ) The categories define the after-effects, not preventative measures.

The focus has also been on the extent of the violent crime – reporting numbers and percentages of rapes and abuse; and the nature of the violence, and the circumstances.  Numerous studies document incidents, but rarely explore in-depth psychological and personal experiences of crime. They point to social economic status (SES), partner or domestic abuse, media influence, and focus primarily upon statistical evidence.

The predominant factor and most reported and studied of violent acts are violent crimes involving women and children. Whilst there exists a huge body of research on violence against women, absent is how women actually feel about it.  Furthermore, studies abound with violence against women and further subdivide research into: women, domestic partners, women with disabilities, sexual abuse, etc…

Again, none of the studies delve into the psyche of: why does this happen, and what are the societal responses to these violent acts, other than statistics and penal systems?

Sociological studies point to cultural context and inadequate information or support for preventative measures.  However, blaming the media is a popular research topic.  What that means, is still a mystery. Countless studies have demonstrated that while there is a miniscule link to media usage and violence, a direct effect has yet to be proven.  Morrison et al, (1999) produced a UK book entitled: “Defining Violence:  The Search for Understanding.” The text is a compilation of research and writings that resulted from a study of mediated violence.  Of particular interest, or curious to say the least, the authors classify mediated violence into three categories:  playful, depicted and authentic.  It seems the “nature and quality” of the violence portrayed and the “way in which” the violent act was portrayed were definers of violence.

Some studies looked at psychological factors involving domestic violence.  The predominant amount of research focused on women’s mental health, with many studies performing in-depth interviews of female victims.  Scholar Bernard Crick (2006) looked at the justification for violence.  The following excerpt is from Crick’s public lecture given at Birkbeck College, London University on 14 June, 2006:  “Our present government seems commendably obsessed with denouncing domestic violence, but less fastidious about international violence.”

The violence of war is of particular interest to scholars.  However, Crick’s address, linking history to domestic violence, is a minority opinion, and one that truly deserves more consideration.

Given the increasing amount of global violent acts, too numerous to list, a few stand out in the public imagination over the past years. The disturbing cover (photo and headline) of the particular issue of Time magazine (www.time.com) depicted in the picture alongside generated much discussion. The issue was unique: a young girl’s nose was cut off because she dared to challenge long-standing male traditions. This happened in the backdrop of a continuing battle in Afghanistan between international forces and the Taliban. This issue further blurred the lines between the warzone and the domestic zone—violence zones. The recent WHO report mentioned above also finds that violence against women rises in times and zones of conflict. 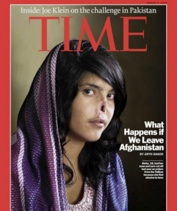 In an article in the Journal of Conflict Studies in 2003, Stoval (2003) suggested that perhaps regendering war might perhaps serve as a solution.  She suggests that violent crimes are mainly perpetrated by men, and that perhaps a female presence in policy and peace efforts might help to lessen the atrocities.  She points to the targeting of civilians as primarily an act that leaves out women in the decision-making process.

At this writing, the Boston Massacre in the United States, April, 2013 and the violent beating of a British officer, May 2013, are fresh on many minds, and very high on global media agendas.  In both crimes, the accused use current wars as the motivating factor to commit murder.  In both cases, opposition to the war in Afghanistan gave the perpetrator the right to kill.  Killing for the sake of killing is a long-standing global tradition.  It is an “eye-for-an eye” mentality.  Not far removed from this type of reasoning is the death penalty—another global practice.

How do so many violent acts go unreported? How do we socially decide to ignore the nuances of violence? How do we globally, tolerate war? How did war spread from the battle-field to everyday life, to our streets, to our media and social interactional spaces (real and virtual)?

The primary questions one is left with for these types of behavior are:  Where does one draw the line from violent nuance, simple argument, or play, to domestic violence, to war?  And, second, how does one even begin to define tolerance, when we are a world that cannot even honestly define violence?

From the local to the global, promoting tolerance for violent acts seems to be the key issue that has not been linked, nor researched enough.  In other words, playful acts of violence to war have not been addressed to the extent that actual lives have been lost.  How can a woman, man, or child report domestic abuse or bullying when globally, we are many nations at war? And within the same nation we are powerful groups and vested interests at war with our own citizens?

As the quote attributed to John Lennon goes:

“We live in a world where we have to hide to make love, while violence is practiced in broad daylight.”

WHO Study on Domestic Violence

Stoval, L. “Behind the myth of Innocence: Regendering the Violence of War.” The Journal of Conflict Studies, Vol. 23, No. 2 Fall 2003.