Nobel Laureates Rabindranath Tagore and Albert Einstein met a few times in the summer of 1930 near Berlin.  They were almost the opposite of each other. Tagore was described as “a poet with the head of scientist” and Einstein as “a scientist with the head of a poet.” However they shared a love for beauty, truth, eternity, and universality.  These differences and similarities came to the fore in their conversations during their face-to-face meetings. They discussed various issues ranging from truth and nature of reality; causality, chance and predetermination, to music and the differences between Western and Indian cultures.

Imagine the many conversations these two great thinkers must have had with each other in each other’s minds; conversations that were probably never documented by an external observer. And for the first time (in this column) we get an imaginary glimpse of what might have happened in those imagined conversations.  Imagine… as two of the most imaginative minds of the 20th century get together for a conversation.

Nature versus Man (Will grass grow through the concrete?)

E: You seem a bit preoccupied today. Are you missing your homeland?

T: I apologize for my pensive mood. However, it is something I saw on the way here that disturbs me.

E: What is it? Is it something that is not common in your country?

T: I am worried that what I saw here will become very common in my home country. The way the world is moving; very soon there will be no difference between the different countries and regions of the world. We will all become homogenous in our acceptance of machines and technology and the pattern of thinking and lifestyle that underlies this mechanistic approach to living.

E: Are you saying that there will be no romance left in the world? Are romantics becoming extinct?

T: What concerns me more is that the romantics were the voice of nature and a natural world. This natural world is in danger.

T: On my way here I encountered some engineers and workers who were building a new road. They had these huge machines that are used to make the tar and concrete required for constructing modern roads. And they had these giant machines with rollers that flatten the tar or concrete laid on newly-made roads.

T: Yes, they are. And what I saw was frightening and horrifying. These engineers were building a road near a forest and either side of this new road being constructed were rows of old, ancient trees. The melodious songs of the birds on these trees and the humming and buzzing of insects was completely obscured and overpowered by the loud noise of these machines.

E: The voice of nature has been muted and silenced by the firing pistons of human industry.

T: And many of these trees are flowering in this lovely spring season. Lovely flowers of different colours: yellow, pink, red. And these flowers that were scattered all over this path were being crushed mercilessly and indiscriminately by the giant wheels of these giant machines.

E: That is horrifying indeed. But a common sight wherever there is modern human growth.

T: However, these machines are not just crushing a few flowers that have dropped from a few trees. They are destroying – annihilating – a million years of evolution. Trees shed flowers and seeds on the floor of the forest. Some of these seeds take hold in the same spot where they drop; some are carried by animals to distant places. These seeds then grow into new trees. That is how trees and forests regenerate themselves. This is their way of propagating and reproducing their species. 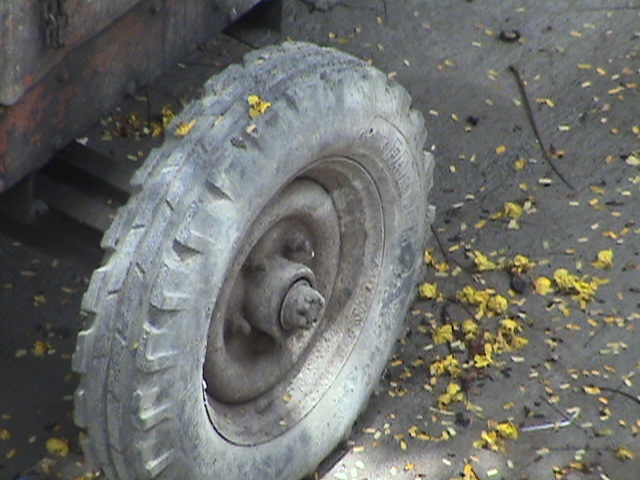 E: So what you are saying is that a million years of evolution is very easily stopped short by a giant machine that is building a concrete road? We are not constructing a new era and new life; we are crushing millions of years of life.

T: Exactly, and the tragedy is that we humans think that the roads we build are the path to progress and a new, wonderful world.

T: Hasn’t modern society always been in a fight with nature? In fact hasn’t it been defined in opposition to nature?

E: To some extent it has. Nature’s forces were seen as uncontrollable. Man was seen as this puny object; a puppet in the hands of the furious forces of nature. Controlling nature was seen as a way of gaining some sense of control in our unpredictable lives. Science has also played a part in this fight against nature.

T: This brings to my mind a conundrum – a puzzle – that you might have raised in some forum: What would happen if an Irresistible Force met an Immovable Object?

T: So what you are saying is that by definition the irresistible force can move anything, but then, also by definition, there is an immovable object that the force cannot move.

E: This question perhaps has no answer because it relies on assumptions which contradict each other. This paradox is used to ask questions about the power of God: Can God create a stone so heavy that not even God is strong enough to move it?

T: The Chinese word for paradox in Chinese is 矛盾; pinyin: máodùn; literally spear-shield. This originates from a story in the philosophical book Han Feizi written in the 3rd century BC. Once upon a time, a craftsman was selling two items: a spear and a shield. Customers came by and asked him whether his manufactured spear was effective. The craftsman replied that his spear was so good that it could pierce any shield in the world. At the same time another customer asked the craftsman how effective was his shield? The craftsman replied that his shield could defend from any and all spear attacks. A third customer asked the craftsman what would happen if one were to take the spear manufactured by the craftsman to strike the shield being sold by him. The craftsman became quiet. This is also said to be the origin of the idiom of “zìxīang máodùn” (自相矛盾) or “self-contradictory.”

E: A similar story exists in Greek mythology in the story of the Teumessian Fox who is so crafty that it can never be caught. They find the perfect solution to this in the magical hound Laelaps who always catches what it hunts. Realizing the paradox inherent in their existence at the same time and place, the mighty Zeus turns both creatures into stars.

T: It seems our ancestors had the wisdom to recognize that these two things that could not be reconciled – also could not co-exist. However, with all the knowledge of our modernity this simple, insight and wisdom seems to be lost upon us. Today nature and human beings are at war with each other. It is almost paradoxical and self-contradictory that man wants to live in the lap of nature while trying to destroy nature at the same time. How can a destructive Man co-exist with a nature that is trying to save itself from complete and utter destruction at the hands of this very Man.

E: But which one of the two is the irresistible force and which one the immovable object?

T: It seems that when modernity started out a few centuries ago, Nature was seen as the immovable object and Man’s will, knowledge, Enlightenment became the irresistible force. Man would somehow control nature using his mind.

E: But things are different today? With all the progress we have made and with our lust and greed for more, Man’s will for more and belief in one path of development seems to have become this stubborn, immovable object. It does not seem to move away from its desire for more and more control.

T: You are right. Now that we have advanced technologically, things have changed – almost full circle. It is Man’s will and bull-headed (unshakeable) belief about development and about consumerism that is the immovable object. Man has even coined the term: TINA (There is no alternative). Man has become so stubborn and so immovable in his belief in profit and economic theories that not even a global recession, loss of jobs, homes and lives is able to change his belief in this path.

E: And Nature has become the irresistible force – the irresistible force to survive and live. What you saw today while traveling here was that despite all the machines and the road crushers and rollers, the trees continue to spread their seeds and their flowers. But will this force of nature (that wants to survive) prevail? Or will our immovable beliefs win?

T: There is another difference between the 18th century and the 21st century. We have made so much progress in our science and our manufacturing that everything today is chemical, plastic and just not bio-friendly. Billions of people are using these goods and products and they have become cheap thanks to cheaper manufacturing technology and cheaper labour. The amount of resources we consume and the amount of waste we generate is just unimaginable.

E: However, organized lobbies continue to sell the old concept of development to the newly developing countries. They sell the concept that was viable when nature had more resources, the population was scarce. Today things are different, resources are scarce, nature is depleted, nature is overworked in trying to degrade the human waste, more people are using these goods, and the environment is much more polluted and less liveable.

T: It is however the desire to make more money that is stopping us from making real change. We keep selling the idea of progress and development without understanding the meaning of progress and change.

E: In my mind, more than the belief of humans, it seems that money is the immovable object (in our hearts and minds) that is now up against the irresistible force of nature to survive and live.

T: If we think that our immovable beliefs about economic advancement and technological progress are more important than the will to survive (and live) then we are in a way cutting our own selves. There is this apocryphal story of the ancient Indian poet Kalidasa when he was young and foolish. It is said that he once sat on the very branch of a tall tree that he was cutting with his axe. People watching this spectacle from the ground laughed at him. When he asked why, they said that if you are successful in cutting the branch you will fall to the ground. He disregarded the warnings and continued cutting the very branch he sat on. We are like that foolish person. We are destined to fall because we are hacking away at Nature – which is not a branch but the very tree that supports all of us.

E: We are at the crossroads. And we have to choose – on one side is the path that leads to the forces where the songs of birds dictate the rhythms of our lives and on the other is a path that leads to a concrete jungle where roads are strewn with plastic and we march to the sound of machines. Either we persist with our bull-headed (unshakeable), immoveable beliefs and kill the natural force (which becomes completely resistible). Or we question our allegiance to this immovable and unshakeable belief and surrender to the irresistible force of survival and the WILL to live and survive.

T: There is hope. The foolish Kalidasa who was cutting the very branch he sat on eventually went on to become India’s greatest poet and wrote some of the most beautiful and romantic poetry about Nature. So while I have seen many more flowers and seeds crushed by machines in many places, I have also seen in a few places – Grass growing through the concrete…