The wisdom and depth of the Natyashashtra is lost to much of today’s world that looks to study communication science from the eyes of largely cognitive based learning theories. 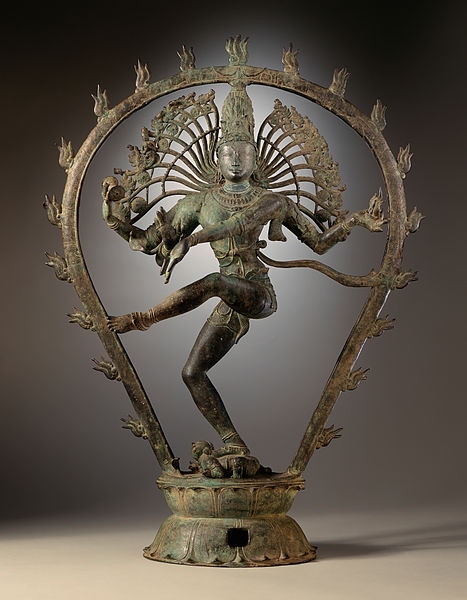 The Natyashashtra, considered the fifth Veda, is written in Pali, the language of the people unlike the other four Vedas (these four Vedas are the oldest Indian scriptures) that are in Sanskrit. Being the peoples’ Veda, it shows how to communicate effectively to evoke a collective aesthetic response in a large audience.

The Natyashashtra continues to be the foundation of the vibrant storytelling and folk drama traditions that are alive in India’s villages and towns.

The Natyashashtra gives us among the earliest glimpses of persuasive communication. It talks about the need to “delightfully instruct” and to mix the “bitter pill” of instruction with a “sweet coating”. Bharat Muni addresses the following question in the first chapter: What are the circumstances, which led to the creation of the fifth Veda; and for whom was it created?

“… The gods, therefore wanted an instrument of instruction such as could be utilized for instructing all, irrespective of caste, and as such would be different in form from that of the categorical imperative, would not be a mere command, which is unpleasant to hear and even equally unpleasant to carry  out; but such as would delightfully instruct, would cover the undesirable tone of command under pleasant sights and sounds, would administer the bitter pill of instruction under the sweet coating of sugar, would mix the bitter medicine of instruction with sweet milk so as to make it palatable.”

(Also see: Art as Essay by Paul Smith in The Essayist at http://www.essayist.in/column/essay-as-art/)

“Is live performance (or drama) supposed to be a mirror of life?” asked Bharata, the author of the ancient Indian treatise on communication, the Natyashashtra.  Live performance does mirror life but it is different says Bharata, it has to be viewed and appreciated.

Art, especially theatre and films uphold life’s mirror. They provide an aesthetic experience that transcends reality and results in a collective reaction of emotional expression, “rasa” as articulated in the Natyashashtra. The experience of “live” (or now mediated) performance leads an audience into a realm of an aesthetic world where the “mirror of life” is viewed from a third person’s perspective. Hence the Natyashashtra distinguishes between “real” and “aesthetic” emotions. It emphasizes the collectiveness of the experience and describes it as a “universalization” that enables the surfacing of a common emotion that transcends the individual.

The “mirror of life” that theatre, films or media put forth to their audience has emotion as its primary ingredient. The display of emotions in live performance/media and the subsequent evocation of aesthetic emotions in collective unison in the audience results in effective communication. However, while this basic premise holds true for the entertainment world and the private sector, it is doesn’t hold for non profit sector.  Twentieth century behavioral science has upheld cognition as the core route to persuasion and behaviour change in essentially what has been a battle of cognition versus emotion.

The non for profit public health sector views health communication as a discipline which basically provides “information” to audiences in resource poor settings. The information transmission approach has dominated the theoretical development of the public health and health behaviour field. The applications of the theories of reasoned action, the trans-theoretical model and health belief model have centered on individual cognition. This is because most of the western theories of communication and health assume that human behaviour is based on rational action.

There’s enough evidence to show that factual information alone will not result in large scale changes in health behaviours. Hornik (1988) showed in the 1980’s that knowledge alone does not lead to behaviour change. But we have a much earlier example from Victorian England that illustrates how hygiene behaviours changed prior to Pasteur’s Germ Theory. They changed because people “felt good” and “felt clean” after using soap. And yet health campaigns continue to work with

Demographers (Tomes, 1990) confirm that mortality in Western countries had begun to decline prior to the pasteurization of milk and the establishment of water and sanitation systems. This can be attributed to widespread changes in personal and domestic hygiene and the use of soap.

How did the societies of Victorian England and nineteenth century America move from the previously held “miasma” theory to linking sanitation with a war on germs?  And why did sanitary practices change?

“.…not …from a rational understanding of the causes of illness, but …from changes in the way people live together, in the structure of society” (Elias, 1939, p 159). In England, the Ladies Sanitary Association for the Diffusion of Sanitary Knowledge, founded in 1857, played a major role (Phillips, Feachem, & Mills, 1987). In the age of a burgeoning penny press, sanitary societies such as the Ladies Sanitary Association had printed and distributed 1.5 million pamphlets between 1857-1861, to low-income homes in England. In addition to delivering 1228 supplies of soap, the women volunteers of the Association had made 36,000 home visits in Manchester alone.

The experience of nineteenth century Victorian England seems to indicate that social norms governed the sweeping change in personal hygiene habits, not the overwhelming desire to avert disease or avoid germs.

Sadharanikaran, A Theory of Communication

A specific communication theory, Sadharanikaran based on the Natyashashtra was first proposed by Tewari (1980) and later expanded by Yadava (1987).  Sadharanikaran means “simplification, establishing commonness and universalization.” The concept of simplification has been used to explain the extraordinary connection between the ancient Indian texts, “the Great Traditions”, and the myriad “Little Traditions” which bring the essence of the classics to the common people in the form of folklore, tales and myths. Sadharanikaran provides a sophisticated framework to study emotion, aesthetic and real.

The essence of Sadharanikaran embodies the relational, emotional and aesthetic aspects of the communication process. Emotion has had a negative connotation and extensive research has been conducted on emotions such as anger, depression, anxiety, guilt etc. Sadharanikaran gives us the opportunity to look at emotion from an upbeat perspective. The tenets of Sadharanikaran are presented here.

The five tenets of Sadharanikaran  are:

1. Sahridayas/Atmiyata (shared compassion): “Emotion is about relationship not individual, about process not states” (Timm, 1991, p.63). We use the term “atimyata” to denote Sahridayas. It means compassion with affection. Sahridayas denotes the common compassion between source and receiver. It represents the relational aspect of communication and emphasizes a non-cognitive dimension of communication. 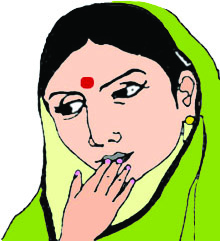 ATMIYATA (Shared compassion) Willingness to accept the communication and the message

2. Rasa: Focuses on the reaction invoked in the audience. It describes 7 permanent emotions and their accompanying aesthetic emotions. In addition it talks about 33 accessory or transitory emotions. Abhinavgupta is credited with introducing the Rasadyahya, Chapter 8 in the Natyashashtra. Here a full-fledged framework to understand and depict emotions is presented.  To achieve rasa utpathi seven permanent moods have to be aroused. The source should evoke reactions in the audience which lead to a feeling of bliss and being in harmony.

3. Simplification: Sadharanikaran means simplification without dilution. This concept is profound in meaning as it denotes simplification without losing the essence of “the construct or content which is to be communicated”. The process of simplification of concepts through the use of folklore, metaphors and illustrations is how complex constructs were communicated to the common person. Says Yadava (1987) “this approach makes communication a dynamic, flexible, practical and effective instrument of social relationships and control” (p: 169). We see the simple image below of the dove being a symbol for peace.

4. Asymmetry: Asymmetry means communication flow from the source to the receiver. This is particularly true in the context of the highly stratified structure of Indian society.

5. Universalization: The transformation of emotion into rasa occurs through the aesthetic process and results in the universal emotion transcending the individual sense of self. “Along with this universalization, there is also a process of abstraction which detaches a painful situation from its painful setting …this universalization and sublimation also disassociates the emotion from its particularized form, e.g. love, etc., so that it is relished simply as aesthetic emotion” (de Bary, 1958, p.264).

“…Indians live in more centuries at a time than most other people.”

The key elements of Indian philosophy are maintained and perpetuated through a complex set of formal and informal social institutions that uphold the primacy of the social group above that of the individual. The group can be clan, caste or village. The culture has evolved to a level that the philosophical tenets are interwoven into the daily lives of people through art, rituals, social customs and community norms. These essentially form the social environment in which most behaviors occur, and understanding the group solidarity process is germane to providing a contextual perspective to behavior change.

A large part of the ensuing discussion is based on Richard Lannoy’s The Speaking Tree. The stability of Indian culture has spanned two thousand five hundred years. Lannoy outlines various factors that have contributed to the continued stability of Indian civilization. These include the role of art, the creation of festivals, the interdependency of different social units and inculcation of a sense of duty in performing tasks, which led to reduction in individual competition.

Art  “…is a social activity which counterbalances the tensions within the collective that have come about through the progressive division of labor, inter-caste rivalry, inequality in hierarchical status and disputes over property.” The different forms of art include story-telling, dance, chanting and image making. Lannoy traces the folk murals that continue to decorate rural households in many regions today, to the prehistoric rock paintings of central India. This spans a period of about 7,000 years and is testimony to the persuasiveness of art in the popular culture.

The rhythmic chanting of hymns, bardic recitals and dance dramas, all lead to a feverish pitch of ecstasy which reinforces a collective identity in the midst of a hierarchically layered society.

The classical media, representing the Great Tradition were restricted to the Brahmans and were generally in Sanskrit (the language of the Brahmans and the Vedas). The two great epics Ramayana and Mahabharata serve as the ultimate link between the Great and Little Traditions. The Mahabharata is the longest poem in the world, comprising 90,000 couplets. These two epics combine to integrate Indian culture by representing the mythologies, deities and moral tales from the entire sub-continent.

Since ancient times, festivals have evoked an outpouring of emotions which spring forth in individuals and emerge as a wave of ecstasy which bonds the collective. In most parts of India, the people come together at a community level at least once a year. The community participation in certain rituals crosses the caste barrier and in some instances even the religious barrier (with Hindus, Muslims and Christians celebrating each other’s festivals).

The festivals represent polarities that contrast with the structured regularity of daily living. They provide a forum for expression of emotions, rules and roles that are normally constricted. These polarities include: order-chaos, rules-irrationality, discipline-indulgence etc. Festivals are also associated with markets and fairs. Here families travel long distances to be part of a massive human conglomerate. The fairs are an important social occasion serving religious as well as economic ends (trading occurs).

And in such a scenario theatre, films and media uphold the mirror of life. 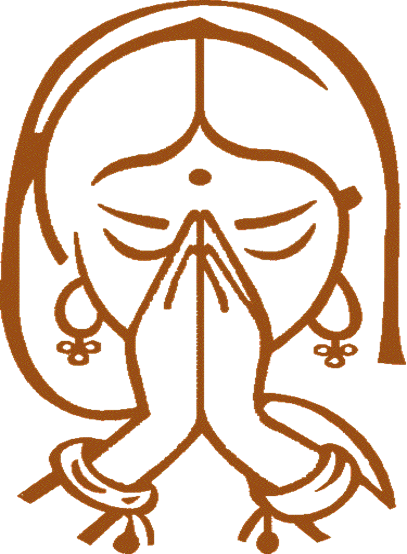 Compassion: A core tenet of Sadharanikaran