“The realization that life is absurd cannot be an end, but only a beginning. This is a truth nearly all great minds have taken as their starting point. It is not this discovery that is interesting, but consequences and rules of action drawn from it.”

A previous issue of  The Essayist presented the Absurd-ism school of thought in sociology, literature, drama, architecture and triggered a column called The Absurdist.

Children, probably more than adults, intuitively recognize the absurdity of life although they may not be able to articulate it. However, just because one cannot articulate something does not mean one does not understand it.

Writers and analysts of children’s books have discussed what makes children laugh: falling down, tumbling down, pretending to be something else, misnaming things, playing with sound of words, calling things opposite of what they are, using nonsense words, distorting features of objects, the grotesque , funny voices, making funny faces, and almost everything absurd.

What must strike them as most absurd or absurd-est of all are the frantic attempts by adults to make sense of an inherently absurd world and then pretend to have control over it. Instead of seeing the humour in an uncontrollable life, adults perceive obstacles, feel frustration and fight enemies that perhaps cannot be fought,and can be only embraced with some grace.

In this issue we present scenes from schools that show how children see life and also see through the absurdity of life.

Imagine a Grade 1 classroom in a low-income school in Mumbai crammed with children between the ages of 5 and 7 years. Now imagine them going through the loud motions of a special English language learning session where they repeat every word and phrase they hear. Now imagine their context and life situation…

These children live in the over-crowded slums of Mumbai where people live on top of each other. The so-called shanties have more than 2 floors piled up on top of each other with asbestos roofing covered with a layer of blue plastic sheet to prevent the rainwater from seeping in and some are concrete with no windows or skylights. The dimensions of each room are 10 feet by 10 feet with height of each floor not more than 8 feet. Because there is no more space in the city to expand sideways, even the slum-dwellers are reaching upwards for space. Everyone in Mumbai aspires to reach and touch the skies. The residents of slums and shanties make up more than 60% of Mumbai’s population. Many academics and social workers think using the word slum is degrading. They most probably have not lived in one.

The parents of these children work as maids and drivers for upper-level executives who have benefited from India’s connection with the neoliberal, global economy. Maids and drivers in India have jobs but can barely afford a balanced, nutritious meal. Studies have shown that the amount of money spent on food per day per person in Mumbai’s urban slums is actually half of the amount required to buy nutritious balanced meals for each day from a local food-store. Food is available on the shelves of its many stories, but the majority of the people in Mumbai cannot purchase it. As Amartya Sen’s thesis on the Bengal famine of 1943 pointed out – starvation can be an entitlement issue. Each person has an economic “entitlement” – a range of different goods that can be acquired with an individual’s resources. According to Sen, people starve when their entitlement is not enough to procure the food required to survive.

Most families in Mumbai’s slums persevere and work for 12 to 13 hours a day doing more than one job or working more than one shift in the hope that if they work hard enough, they will get to buy the food and various attractive items they can visibly see on the shelves. In fact a politician in India has been (unofficially) quoted: “As long as there are packaged foods and other food items on the shelves of shops in India there will be no revolution because people will always blame themselves for not being able to afford it. They see others around them acquire these things; then they look at each other and blame themselves for not working hard enough or not making it into the gravy train of consumerism. This has become the best mechanism of social control. No police or military required; just stock the shelves and keep them filled with goodies.”

Although these poor families have not benefited financially from the first round of globalization, their aspirations and dreams are of global proportions. They want their children to get out of poverty and their solution is to teach their children English. It seems that the language that was resisted during the period of forced colonization by the British has in this era of globalization become the language of liberation (from poverty).

This was one such classroom in one school in a slum of Mumbai.

High aspirations, unhygienic conditions, and forty little humans crammed into a classroom that can barely hold ten.That actually is a snapshot of the city of Mumbai …

The teacher, a young, recent college graduate, has volunteered as an English language instructor in one such school serving children from low-income families in urban Mumbai. Her reasons for volunteering are many: maybe she wants to get work-experience and community-based organizations have no criteria for screening volunteers (they will take anyone and everyone as a volunteer as if anyone and everyone can help the poor – especially in education) OR maybe this young woman who is obviously from the upper-class sees the high inequality in her country and wants to exorcise her demons before she joins a multinational corporation, gets a high-flying job and employs one of these parents as a maid and the other as her driver.

She is trying to teach 5- and 6-year old children to classify words and things in the English language. Now classification of things is culturally determined and Michel Foucault reminds us in the preface to his 1970 book The Order of Things (see quote at bottom of article). However, every generation also has its own culture. Thus within the same country and society it is almost like every generation creates its own new culture in some ways.

The young teacher uses a game called“odd-man out” to teach children how to classify words, things, adjectives and so on. She presents a set of 4 words and obviously one does not quite fit into the category of the other three.

Some children are confused. The teacher shows pictures of these animals; the children are still quiet or maybe confused. So the teacher explains: The car. Why? Because all the other three are animals and the car is a machine. Animals are living things and machines are not.

One child asks: What is living (in the local language)?

The young English teacher is lost for words. She somehow manages to escape this difficult question by saying that animals can walk. They can make noises – lions and tigers roar. One child says: Dogs bark, Bow Bow.

The teacher smiles at that child: Very Good! Animals make sounds but the car cannot. Very Good! The child is beaming because he has just heard the magic words twice from the same teacher.

Another child says: “But cars make sounds too. They honk.” By now the young teacher is very uncomfortable and is sweating around the forehead.

One child seems to have woken up just now and answers loudly:  Teacher, the car is the odd one out. The teacher asks: Why? The child says: Because the car is not an animal.

The teacher is pleased. The slower one has helped her out of her dilemma.

Without addressing the issue that cars make noises too or answering the meaning of: What is living? our modern day, college graduated, non-Socratic teacher moves on to the next set of items in the game of Odd-One Out.

Example 2: Red, Yellow, Green and Biscuit (cookies are also called biscuits in India). Which is the odd one out?

She repeats the set of words; this time emphasizing the word “biscuit” and enunciating it slower than the other words.

The answer is obviously Cookie or Biscuit because the rest of the three are colors. The teacher looks around expectantly hoping that one of the children has caught on to her verbal clue.

But a little child at the end of the classroom stands up and says: Red, Yellow and Biscuit (Cookie).

The teacher is aghast. Obviously her attempts at teaching order and classification or categorization in English is NOT working with these kids. A thousand doubts cross the mind of the neophyte teacher. Is it me? Is my teaching that bad? Or are these kids just not smart enough? Maybe it is their families and the manner in which they are raised; do their parents ever teach them anything?

The teacher is about to give the correct answer to the errant child when the supervisor who has been observing the “volunteer” interjects: Let us ask the child, why he chose these three in a category?

The child mentions the name of a popular brand of biscuit (cookie) whose packet is colored red and yellow and green. That is how this little child identifies it on the shelves of stores; and every time he opens the colorful packet, he finds his favorite cookie inside.

The stocked shelves of the stores have taught this kid a different order of things. 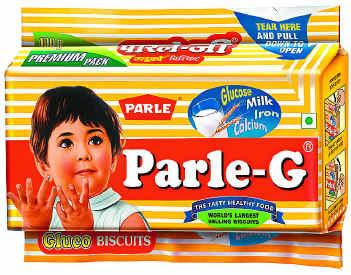 © The Absurdist @ The Essayist

“This book first arose out of a passage in [Jorge Luis] Borges, out of the laughter that shattered, as I read the passage, all the familiar landmarks of my thought—our thought that bears the stamp of our age and our geography—breaking up all the ordered surfaces and all the planes with which we are accustomed to tame the wild profusion of existing things, and continuing long afterwards to disturb and threaten with collapse our age-old distinction between the Same and the Other. This passage quotes a ‘certain Chinese encyclopaedia’ in which it is written that ‘animals are divided into: (a) belonging to the Emperor, (b) embalmed, (c) tame, (d) suckling pigs, (e) sirens, (f) fabulous, (g) stray dogs, (h) included in the present classification, (i) frenzied, (j) innumerable, (k) drawn with a very fine camelhair brush, (l) et cetera, (m) having just broken the water pitcher, (n) that from a long way off look like flies’. In the wonderment of this taxonomy, the thing we apprehend in one great leap, the thing that, by means of the fable, is demonstrated as the exotic charm of another system of thought, is the limitation of our own, the stark impossibility of thinking that.”

Albert Camus Quote: Review of Jean-Paul Sartre, Nausea, published in the newspaperAlgerRépublicain (20 October 1938), p. 5; as quoted in Albert Camus and the Philosophy of the Absurd (2002) by AviSagi, p. 43. http://en.wikiquote.org/wiki/Albert_Camus

Entitlement: From Famine at http://www.diet.com/g/famine