According to most people I come across, I do not look sick enough to be sick?  Yet, the problem is that I know I have a serious illness: Chronic active Hepatitis C with cirrhosis and portal hypertension.  If the damage from the virus continues, I will die. Right now my only option to overcome this disease are experimental drugs when and if made available. At this point in time, I will not know if the latest cocktail worked until late October 2014.

I do not feel right. I hurt. Does looking not sick make me not sick?  It is for this reason I chose to a break from my blog “order” to discuss the real issues I have encountered since really and truly getting sick.  I’ve had this virus for almost thirty years. However, I only just began to feel really sick in the past year.  For many, the idea of having an illness, not being sick, and then to life-threatening is a  confusing process. 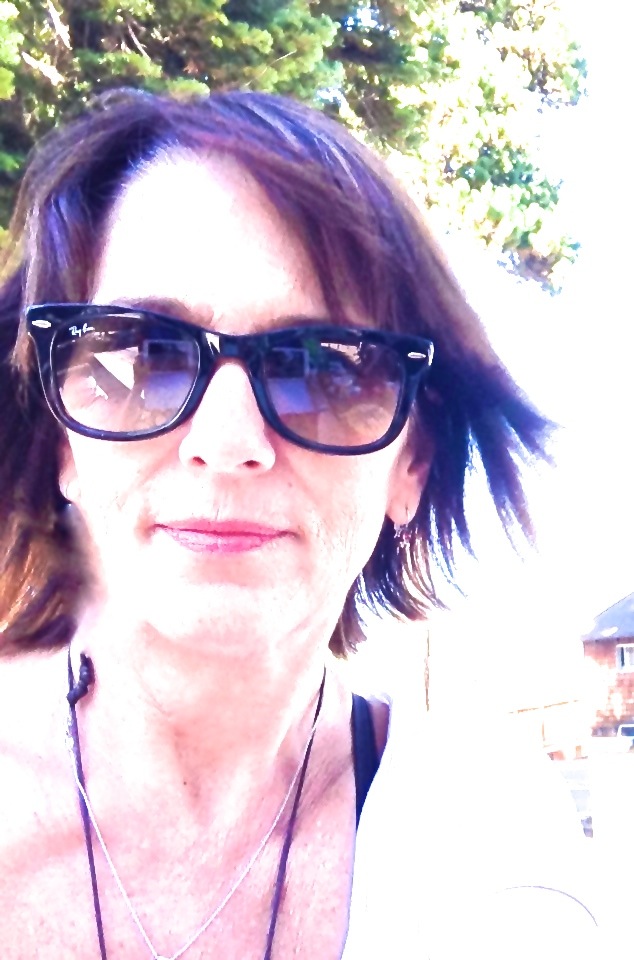 For the sick patient, it is a battle to justify why one is sick, especially if the patient does not look sick.

However, when people do hear about my illness and try to understand it, the comments can be quite interesting and alarming:

“You were supposed to die years ago? You didn’t then? So, how can you be sick now?”

It seems people really do not know what to say to someone with this disease. Is it the same with patients suffering from other diseases? What about cancer? Are cancer patients subjected to the same reactions?

On many levels the disease I suffer from is exactly like cancer.  I chose Cancer to compare with Hepatitis C because it seems more people understand cancer than they do Hepatitis C.   With a cancer diagnosis, one gets rid of the cancer lump, node or tumor right way, for fear of the cancer spreading. Cancer that spreads across the body is more often than not, fatal.

With Hepatitis C, formerly known as Non A/Non B hepatitis, the majority of the treatments have been to eradicate the virus before it could attack. Additionally, Hepatitis C is not isolated to just the liver.  It is in every cell in every part of the body.  This is why when one does begin to feel the wrath of Hep C, it could be nerve pain, digestive issues, medication absorption issues, circulation issues, nausea, fatigue, severe headaches and overall body aches that feel like the worst flu you have ever had. With Hepatitis C (Hep C) being in every cell in your body, every part of your body is subsequently afflicted.  When one feels the wrath of Hep C, it is horrific and essentially indicates a countdown to the end of one’s life. It is typically too late for many who did not know they have had the virus for years.  That’s why Hep C is known as “The Silent Killer.”

When one receives treatment for cancer, it is usually to deal with the disease, or mass (tumor) immediately, in order to prevent the spread of the cancer from its point of origin, and if not successful, the primary cancer cells infiltrates the entire body, just like Hep C.  This process is known as cancer having metastasized, or having spread beyond the original tumor.

However, there are several types of cancer treatment options that have taken the preventative approach to disease with aggressive treatments to bypass the disease process altogether. Angelina Jolie’s decision to have a radical mastectomy is one such example, for which treatment is done in a proactive manner rather than reactive.  This means that even before the disease has had a chance to do anything to the body. Mediated examples of this new approach after Jolie’s announcement were covered and chronicled across the USA and then globally via digital media. With this type of media coverage, also known as infotainment, the general audience was educated about this preventative measure to avoid breast cancer, and its disease process, all together.

Likewise, but since 1994, preventative treatments to rid a patient of the Hep C virus have been a standard preventative measure. With Hep C, the best way to combat the disease is before it has turned to stage 4 liver cirrhosis or has developed into liver cancer, both of which are eventually fatal if not cured.  It the cure, that has eluded Hep C all these years—there just hasn’t been a cure.  So, you may feel perfectly fine, but for peace of mind, you go through hell to try to protect your future.  After a while the decision to choose treatment becomes hard—especially when you are still dealing with the residual pain from the last treatment attempt!

Hepatitis treatments that began in 1994-96 were to eradicate the virus before it could do harm.  For the most part many patients, like me, who had been diagnosed with chronic Hep C, lived normal lives with no overt side effects.  When offered a “treatment” it was to try to rid the body of the “chronic” aspect of the actual virus, but not to treat active viral damage like cirrhosis or liver cancer.
For over the past 19 years the standard treatment for Hep C has been Interferon. First solo, six months to a year, then with a combination of other medicines (ribavirin or HIV anti-virals), six months to a full year of shots and pills.  Just when you start to feel a bit better, it is time for another shot…doing this nonstop for six month to a year is intense.

Interferon is described, by medical professionals, as ten times worse than the chemo/radiation mix for cancer survivors. However, Interferon has also been used on cancer patients, and for them too, it is flat out horrific, often leaving in its wake permanent painful nerve damage!

The interferon I received almost two years ago left me with permanent nerve damage, now known as fibromyalgia.  Right now I can barely walk, can’t drive and am so fatigued it’s hard to do just about anything.  So, it’s eradicating the virus, like one would a tumor, and then hoping it stays in remission that makes Hep C similar to cancer.  As it is, instead of scars and missing limbs or body parts, I have what no one can see…nerve damage, liver lesions, dyslexia, a new stutter, raw joints, overall body aches, etcetera.  Unfortunately, there will be no quick recovery.  I have a long road ahead of me, if the virus goes into remission, then rehab and physio will be done to get me to a healthy place. The damage caused by the virus is permanent, so I’ll just have to learn how to live with a new me.

So, if someone has been previously diagnosed with Non A/Non B hepatitis, or has had blood transfusions, risky sex or lived with someone who has been diagnosed—- the best thing the person can do is get tested!  Waiting to feel symptoms of cirrhosis or live cancer is the worst possible way to get into any kind of treatment plan!  To be honest, many side effects can be managed with a strong social network, reduced stress and vigilance with a liver friendly-diet!  I don’t want to be bright yellow, looking pregnant and not be able to think my way out of a box!  Diet can help.  Maybe that’s why I do not look as sick as I am? Then, that I could compare Hep C to cancer and most people could follow this comparison speaks to yet another issue.  Sometimes I think they should have given my disease a name, so people (including my family) would understand better? 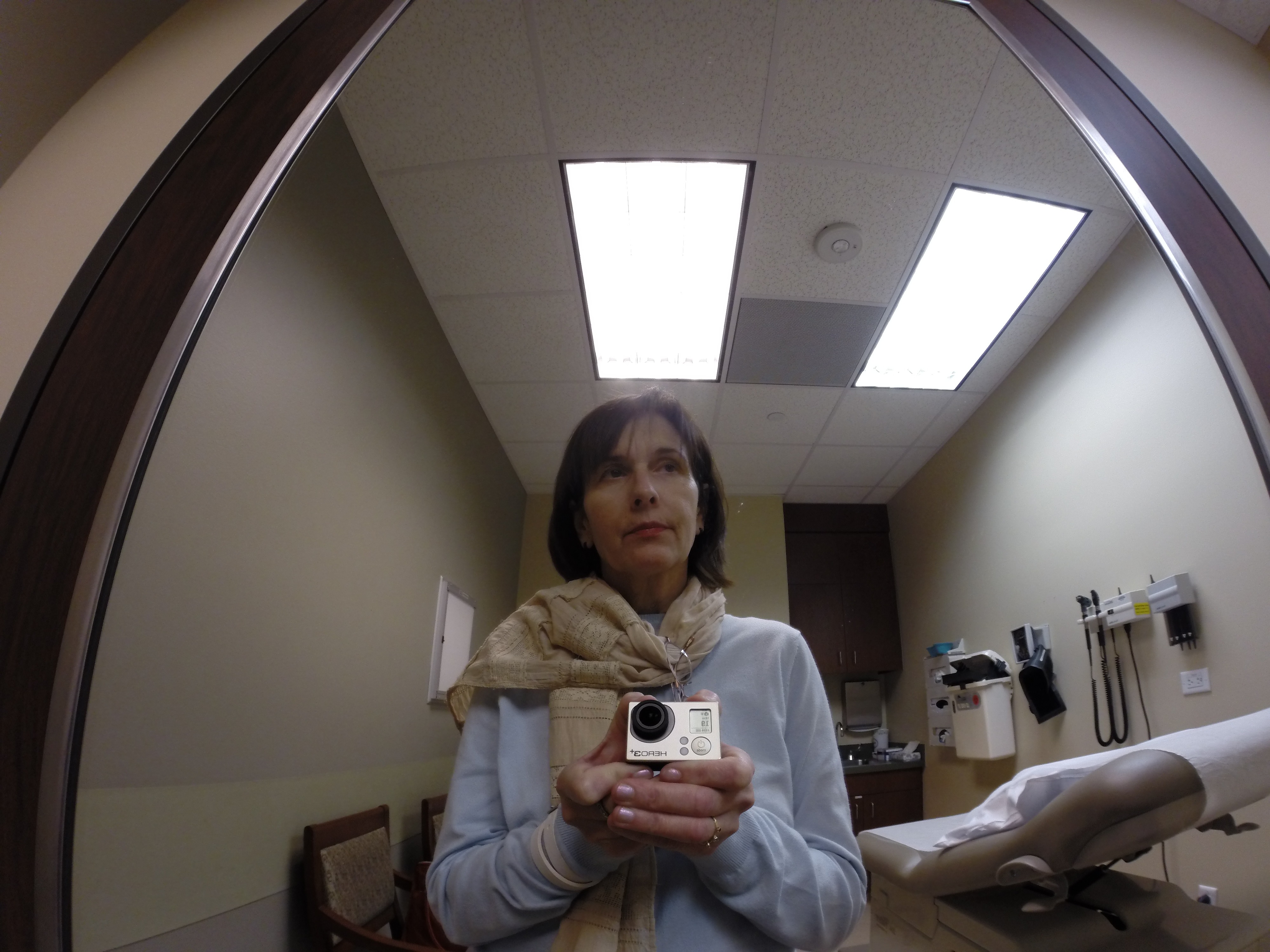 One of the big problems in trying to understand what Hep C actually is stems from a name that means not much of anything, especially since there are vaccines for some hepatitis strains.  No! Stop! That is where Hep C differs from A and B! Similar names, drastically different diseases!  The name, “Hepatitis C Virus (HCV)” is actually a disservice to the medical community, to public health education, literacy specialists, and most especially to the general population and currently sick patients.

The name literally dumbs down the importance of this disease and adds nothing new to medical knowledge by using a thoughtless alphanumerical name, (A, B, C, D, . . .)! The name diminishes the seriousness of the illness.  When trying to communicate, we humans use stereotypes and preconceived notions to kind of jump ahead in negotiating meaning.  When we hear something that sounds exactly like something we already know, well the logical conclusion is to go with what you know.  When you want to impart new knowledge you naturally use new terminology. This, however, is not the case for the Hepatitis C Virus.

For example:  there is Hepatitis C, when one is infected, it resolves and goes away—no complications, just an infection, and is just as easily resolved (Simple Hep C).  The only time these patients know they are sick is typically at the initial onset of liver inflammation which is similar to flu.   Sometimes it shows up on a test, demonstrating that you were once exposed, but no longer have an issue.  Then, like Hepatitis A (food-borne) and the non-chronic version of Hepatitis B (blood-borne), it just goes away, period.  There are also vaccines to prevent getting Hep A & B.  With Hep C, there is NO vaccine, in some cases it does go away, in some cases it remains detectable, but with no serious consequences.  With Chronic Active Hep C, it does not resolve and go away, it will eventually kill you.

So, why keep calling a disease that is completely different from the garden variety of hepatitis (which means simply, inflammation of the liver), a dumb non-specific name?  If one wonders why no one understands the epidemic of deaths from Chronic Active Hep C, it is because they do not know what in the world is happening, especially since the names are so confusing! The following are excerpts from a CDC brochure about the Hep C virus.  At the end, is the break down of percentages of people who go to a full-blown active fatal Hep C infection.

Needless to say, in the early days of this disease, in 1989 when a test to detect the virus became available, a ten-year death prognosis was standard and the only information doctors had at the time to give their patients. This happened to me and I literally counted down the years as I desperately tried to put my life in order and make sure my children would be cared for.

It was a brand new scary disease that not a whole lot was known about…other than it could kill!  Twenty-five years later, I’m still having to explain what it is I have.  Chicken soup and rest is not going to help me, (too much sodium anyway).  So, as I write my history about this disease, while I am at my sickest to date (in 25 years), I am having to explain and justify why I might be upset, a bit scared and a bit fuzzy…all of which are side-effects from this disease.  However, all I have to do is think about the people who have not been tested, and the thousands more, just like me, and I realize I am just a speck in a petri dish. (Oh my God!  That’s right!)  They named the specimen dish–Petri, but they did not bother to name the disease that is essentially the new HIV/AIDS for this century!  Well, there you have it.  It’s time for the rhetoric to catch up with the seriousness of this disease. A pretty picture means nothing, when you are dying.

All Images taken by Debra Clark

Adapted from a blog written by Debra Clark at: http://www.clarkodysseywithhepc.blogspot.in/