In this column the author, Para-Babel, presents two stories each time. The first story, usually an ancient one about humans, animals, plants, things, is from one of the ancient  world – Greece, Africa, India, China, the Americas. The second story is usually contemporary. In many cases the characters are alive, but, any resemblance to any person, animal, or plant living or dead is mere coincidence and unintentional. Responding to a story is an entirely personal affair. Each person sees different things in a story and connects different elements differently. Stories do not belong to the writer alone; the reader has complete freedom… to derive any meaning from them. However, all the meanings the reader constructs are entirely at  the reader’s own risk just like mutual funds and financial instruments.

Story 1: The Mule and his masters

Once upon a time there was a mule who was owned by a vegetable vendor. The owner made him carry baskets of vegetables from the farm to the market every day; but gave him very little food to eat. The mule prayed to Zeus: “Please free from this tormentor and give me another master. I will light a candle for you every day.”

Zeus, pleased with the prayers, appeared before the mule ready to grant his wish. However, Zeus warned the mule that he would repent going to a new master; but the mule’s kind was made up. So Zeus ensured that the mule was sold to a brick-maker.

Very soon the mule found that he was carrying heavier loads of bricks than before. In the day the mule had to stand in the sun waiting the bricks to be burnt and loaded; and during the night he would carry the bricks to distant villages. The heat and dust and lack of rest made the mule go back to the temple. He prayed to Zeus once again for a new master.

Zeus appeared before him and told the mule that this was his last wish.

The next day the mule was sold to a tanner. This new owner made him carry more loads, gave him very little to eat and also beat him every day. Not only that all day long the mule watched the tanner making leather out of dead animal’s hides.

The mule, now hungry, tired and petrified, went back to the temple and begged Zeus for forgiveness and lamented not listening to good advice: “I should have known better when you warned me. The first master would have simply starved me, and the second one overworked me, but this present owner – a tanner – will not leave me alone even after I die. He will kill me when I am sick and old and then make use of my skin even after my death.

Why did I even think that I would find happiness by simply changing masters?”

Story 2: The Mob and its rulers

Once upon a time there was a mob. The mob has been variously called the people, the crowd, the masses. The mob has lived on this planet as a part of human society for ages. In the beginning this mob roamed free in the forests and plains and hills and oceans.

However, they got tired of the freedom and wandering. They craved organization and order.

A despotic king came forward promising them order. The mob started living in a kingdom ruled by the despot. The king made the mob, the people work on the fields all day and then took away all the food they grew as taxes. The despot was very erratic, he did what he pleased, anytime and to anyone; just because he was the king.

The mob got tired of being hungry and ill-treated all the time. They wanted justice. After all justice was also a form of order. The mob prayed to the Gods to give them strength to overthrow the despot. Over a few centuries the mob mustered enough courage to revolt and the mob’s wish came true. The mob replaced the despot with a military general. 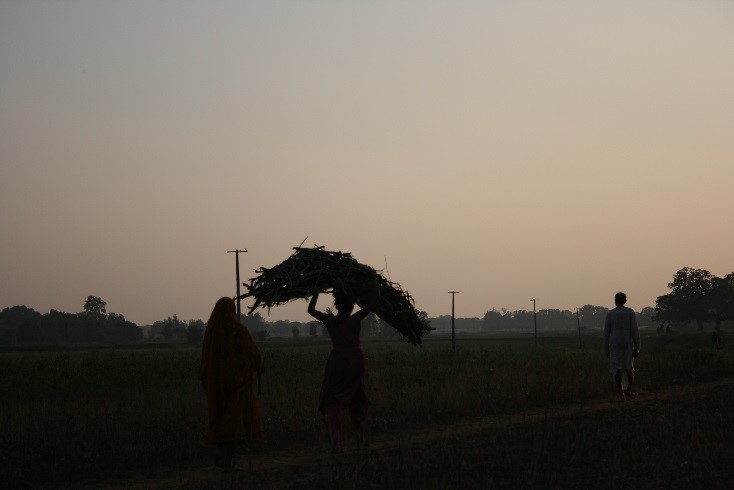 The mob was happy. They thought military rule would bring the order they dreamed of.

However, within a few years the mob realized that the military ruler was just a dictator, worse than the despotic king. The military dictator not only gave less food to the people, he also imposed curfews whenever anyone disagreed with him, made his troops fire bullets at the people, and forced the youth in the mob compulsorily join the military so the general could fight unnecessary wars. The mob wanted order, but all they got was military orders.

The mob grew restless and prayed to the gods again for a new ruler. The gods warned the mob that this was their last wish. However, the mob was unrelenting.

There were many civil wars (unlike the uncivil wars that the military general fought); and after a few centuries the dictator was replaced by democracy. The mob rejoiced. Finally we have the power to make or break our rulers. The mob danced on the streets all night 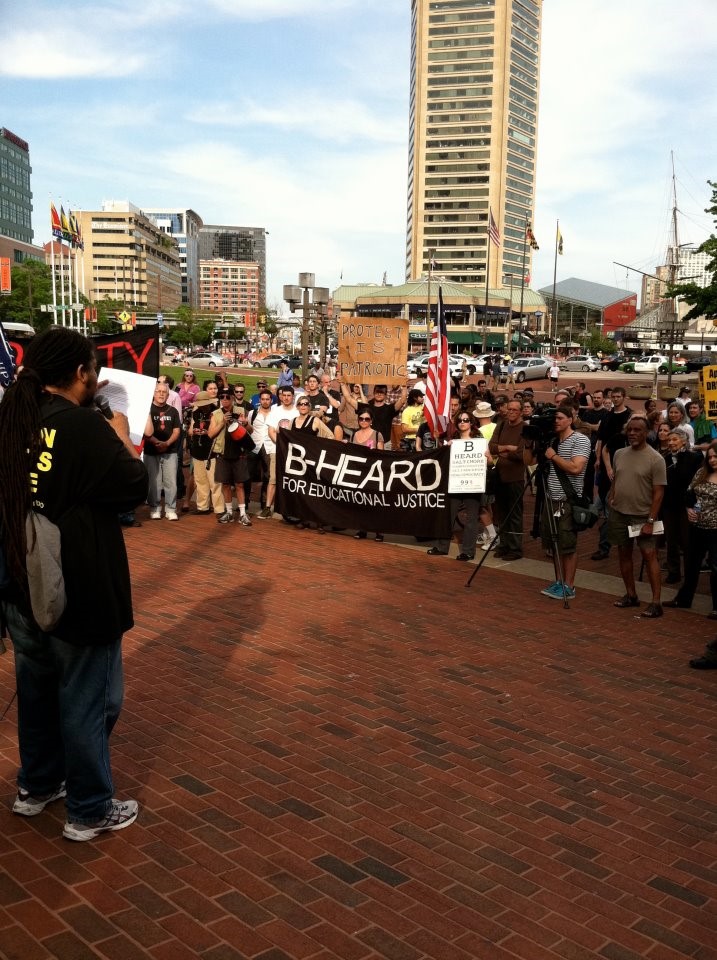 The democratic government was sworn it and everyone watched it live on television. However, within a few months the people realized that they had to work harder than before. They had lesser money and food was more expensive than before. However now food was available all the time on all the shelves of all the malls. And if one of the mob could not buy the food they were told that it was their personal responsibility to make enough money to pay for it. After all the food was available, it is just that the mob did not have enough money. The mob bought into this argument

However, the mob was also restless. They decided it was time to replace the rulers. They called for general elections. A second political party was sworn in and it played live on television. The mob rejoiced. They danced on the streets all night.

However, within a few months the mob realized that nothing had changed. Things were as bad as before. Not only did the mob have to work harder, they could had less money and could buy less food. The new party blamed it on inflation and the economics. And told the mob to take personal responsibility. But the mob was not happy with their answers. They called for another general elections. This time the first party with a few new defected leaders from the second party won the election. The mob rejoiced and danced on the streets.

The mob soon realized that every political party was the same. The mob had voted for different parties in every election expecting things to change, but the net result: No change in the life of the mob while the democratically elected representatives became as rich as kings.

The mob was hungry and angry. A call went out to mobilize on the streets.

No one came. This time they found that the continuous hunger and shortage of money had made the mob disintegrate. The crowd lost its sense of a collective. Each man in the mob had started looking out for himself. The mob lost the power to organize and dissent against the rulers.

The mob was told by the democratic rulers, and their television pundits and academic experts, that in a democracy the mob had the ultimate choice. The mob had freedom. They could change their rulers every 4 to 5 years. The mob was truly empowered. The mob had power.

The mob had started off with complete freedom on the plains and in the forests. And now they had freedom in democracy. What more could they want?

When the mob looked around, it found that plains and forests had been taken away from under their feet while they were looking up to the Gods and asking for change of rulers. Whatever the mob had as a natural right – the plains and forests, the hills and oceans – now belonged to the 1% that ruled the planet. The mob had to pay to live on their own planet.

Perhaps that prompted the poet Carl Sandberg to write the poem below.

I am the People, the Mob

Do you know that all the great work of the world is done through me?

I am the workingman, the inventor, the maker of the world’s food and

xxxxI am the audience that witnesses history. The Napoleons come from me

xxxxand the Lincolns. They die. And then I send forth more Napoleons

I am the seed ground. I am a prairie that will stand for much plowing.

xxxxTerrible storms pass over me. I forget. The best of me is sucked out

xxxxand wasted. I forget. Everything but Death comes to me and makes

xxxxme work and give up what I have. And I forget.

Sometimes I growl, shake myself and spatter a few red drops for history

xxxxlessons of yesterday and no longer forget who robbed me last year,

xxxxworld say the name: “The People,” with any fleck of a sneer in his

xxxxvoice or any far-off smile of derision.

**A mob did arrive in Hong Kong in the month of September and October (2014). They squatted on the streets peacefully; mostly students demanding democracy.

Associated Press (AP) reports from October 3 said that —  fights broke out between older residents and these younger students. The older residents simply wanted their streets cleared and business as usual.

Pushing and yelling, hundreds of Hong Kong residents tried to force pro-democracy activists from the streets they were … By Associated Press October 3 at 7:44 AM … The visibly older people trying to force the vastly outnumbered protesters out were yelling, shoving and at times trying to drag the younger protesters away.

However, the Hong Kong police also said Saturday that they have arrested 19 people, some of whom are believed to have organized crime ties, after mobs tried to drive pro-democracy protesters from the streets where they have held a weeklong, largely peaceful demonstration. Read here…

Also read: José Ortega y Gasset’s – The Revolt of the Masses (1930). This book is an English translation of the Spanish original La rebelión de las masas. The Spanish appeared as articles in the  El Sol newspaper in 1929.