The Sick Man and the Doctor (Aesop’s Fable)

Once upon a time a man fell ill. He called a doctor for a house-visit. The Doctor asked him how he was feeling. The sick man replied: “Fairly well, Doctor, but I find that I have been sweating a lot more than usual.” “Ah,” said the Doctor, “that’s a good sign.”

The sick man did not get any better and called the doctor again. On the second visit the Doctor asked the same question, and this time the sick man replied, “As usual doctor, but I’ve been having some shivering, and leaves me cold all over.” “Ah,” said the Doctor again, “that’s a good sign too.”

The sick man became worse. When the Doctor came the third time and inquired about the patient’s health, the sick man said that he was very feverish. “A, that’s a very good sign again,” said the Doctor, “you are doing very nicely indeed.”

In a few days the sick man could no longer get out of bed. He had become almost invalid. A friend came to visit and on asking the sick man how he was doing, received this reply from the patient: “My dear friend, I’m dying of good signs.”

The Sick Economy and the Spin Doctors of the System

Once upon a time the global economy became very sick. All the spin doctors of the world showed up by Economy’s bedside. Mistaking them for real doctors, the economy opened up and stated the sickening sensation: “Personal consumer debt is mounting. They say one in four Americans have more credit card debt than money in the bank. As of June 2015, US households had an average credit card debt of $15,706, mortgage debt of $156,333, and student loan debt of $32,953. In total, just the American consumers owe $11.85 trillion in debt; an increase of 7.1% from last year.

The spin doctors said in unison: “Ah, that’s a good sign. It means people are consuming recklessly, engaging in instant gratification and balancing the supply side. Higher consumer spending will put you on a positive track and keep your engine humming. Why are you complaining?”

Economy replied weakly: “Wages and jobs are not increasing, but personal debt is mounting. Doesn’t this mean that households are borrowing to make ends meet? What worries me is the ease with which individuals can accumulate consumer debt beyond their means to repay. How will they repay their debt? This will come back to hurt me later.”

“Mounting personal debt is a good sign. It is a sign of consumer confidence in your health – the health of the economy,” the spin doctors out-shouted each other from their respective TV news-channel screens and newspaper op-ed pieces.

A year later, the economy got worse. On hearing this the spin doctors ran to the patient again. This time, the economy said it had just read “The Telegraph” and other newspapers and the news made him sick: “Ten million jobs are at risk from advancing technology just in a small country like the UK. There is already a recession and high unemployment in many countries. Now because of technology and automation more people are losing jobs. The research says that the poor who have low-paid, repetitive positions are most likely to go, with people earning less than £30,000 a year five times more likely to see their jobs taken over by machines than those paid £100,000.”

“What about the people who lose their jobs?” asked the economy.

“Oh, they will have to apply the Madonna Method – simply reinvent themselves. They will reskill. Learn new tricks. Isn’t learning new tricks wonderful for the old brain? It will help them overcome dementia too and reduce their old-age medic al costs. God knows that UK needs to reduce its medical costs,” came the pat reply from the spin doctors.

The snake which cannot cast its skin has to die.” The spin doctors cited Friedrich Nietzsche in their overpaid sessions on the global lecture circuit.

The economy pondered endlessly about why spin doctors called jobless people snakes. This made the economy’s sickness worse.

Another year went by, not a very good year for the economy. Its’ health got so worse; they had to put it a ventilator to make it breathe. The spin doctors came again. Economy could not speak because of the breathing tube in its mouth and simply pointed to the cover of a recent issue of The Economist which essentially said: Watch Out! Bigger Recession Coming. 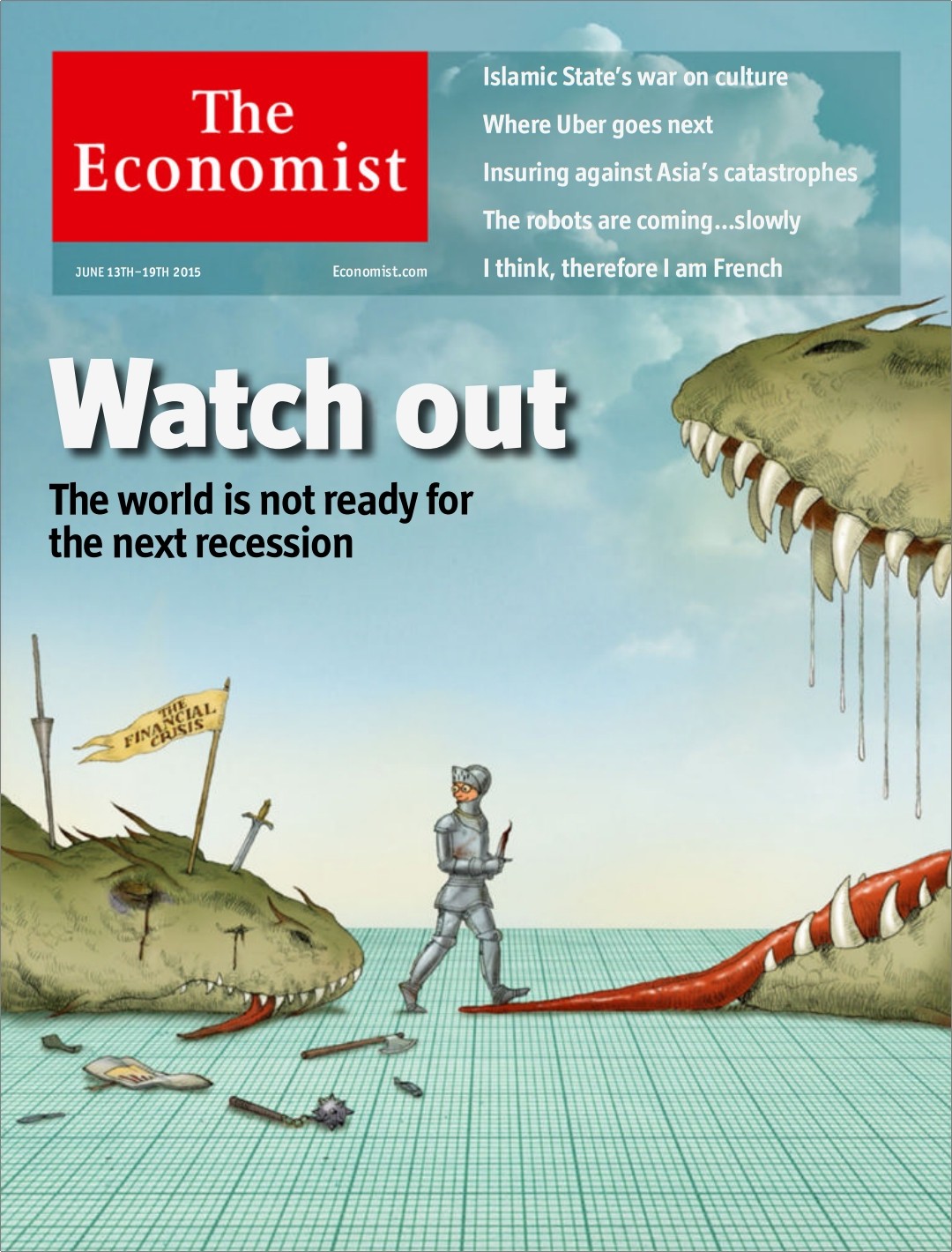 The spin doctor jumped in joy: “Don’t you know – bigger is always better. And recession means the market is correcting its course. That’s not just a good sign. That’s a great sign.”

Economy gasped. All the machines connected to Economy’s body went into overdrive and started making all kinds of sounds that indicated the vital signs were slipping. The federal reserve doctors and nurses came rushing with the crash-carts. They instantly infused a bottle of freshly printed currency from the government mints into the Economy. Then they pumped in more freshly printed cash just to hold it up. “Don’t you have to address the structural damage. Look a lot of the blood has leaked out already,” pointed the Economy. The spin doctors sang in a chorus, “That is a good sign. Be happy you did not ‘kick the bucket’ because we just kicked the can down the road. Everything we do we do for you.”

When Economy’s friend Global Democracy came visiting and asked: How are you doing?

Economy replied: “My friend, it seems I am dying of the good signs of recovery.”

The IT Party is over. Now is the time to reinvent or die: http://timesofindia.indiatimes.com/home/sunday-times/all-that-matters/IT-party-is-over-Nows-the-time-to-reinvent-or-die/articleshow/47486851.cms