An ancient Greek term which, in its philosophical usage, describes the theoretical moment where all judgments about the existence of the external world, and consequently all action in the world, are suspended. (Wikipedia)

“Mexican immigrants in the US are drug dealers and rapists” – The talk shows screamed while they claimed they were merely quoting Donald Trump, a candidate for the presidential election of the United States, a possible future leader of the free world.

I was curious about this “Mexican immigrant expert” and his assertions about an entire group of people being labeled as people who commit the worst crimes: rape and drug-dealing.  Google and Wikipedia informed me that Trump was a billionaire real estate tycoon, who considered amassing money as adequate credentials for becoming the President of the US. I kept digging for his expertise on Mexican immigrants, and all that I could find was that he had been to Mexico. I have been to Mexico too and no one has given me drugs or raped me….

In recent times, it is astonishing to hear strong opinions and ongoing arguments among people with little or no expertise on the subject matter. No facts, just opinions, little evidence but strong convictions. It is pervasive everywhere you turn, newspapers, talk shows, on television, Twitter….you name it.  It appears that our 24 hour media (social and anti-social) encourages strong opinions for purely entertainment value. All they want is your eyeballs because they are all selling something – 24/7 sales for 24/7 consumers. Sensationalism sells. Hence, the immense sensationalism created by the media to grab our attention.  What could be more sensational than calling an entire group of people as rapists and drug-dealers?

The need for audience has devolved such that channels that are supposed to give us news become entertainment programs. The news reporters vying for audience argue, fight, clown, fall over each other, and do what it takes to keep our eyeballs on their shows and channels. Boring and insipid facts are ignored and sometimes crucified in favor of sensational prejudiced, polarizing opinions. As the society is constantly connected to these media outlets, the temporal distinction between facts and an opinion- rendering- entertainer is lost. This is translating and transforming us into a society where people now have a need to have an opinion as a marker of their awareness. In recent times, every time I hear a strongly worded judgment, I cringe. Is this a well thought out opinion based on deep domain expertise or is this a snap judgment generated by the presence of microphone and the media?

I recall the ancient Greek term “Epokhé” which is a moment when all judgments about the presence of the world, as well as actions within the world, are suspended.  The skeptics thought of themselves as zetetekoi or searchers of truth. They had concluded that the truth or correct way is unknowable.  So, true happiness lies in neither confirming nor denying what we cannot know. Why did they not come out and say, we cannot know anything? Well, that would be too strong an assertion and would be contradictory in its own way. So, they opted for a gentler strategy of suspending judgment and invoking Epokhé.  Socrates summed up this philosophy: “The only thing I know is that I know nothing.” 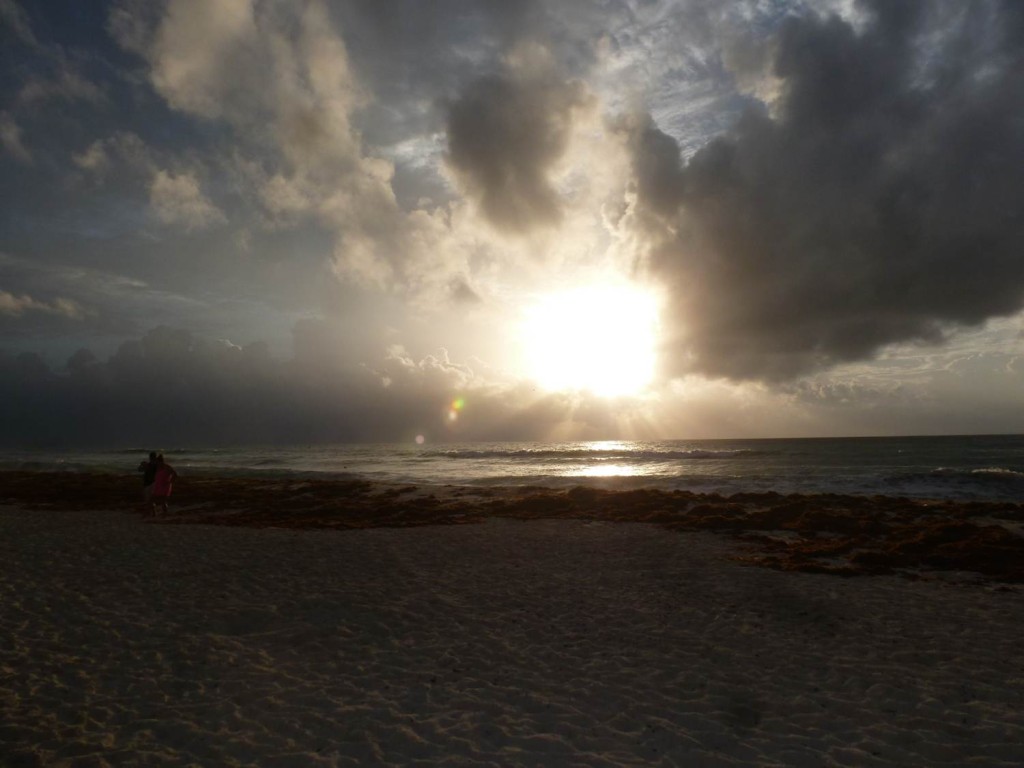 After several centuries, Montaigne, the French philosopher and master of humility, summed up this viewpoint of the “searchers” in his unique style. Montaigne added a new dimension to Socrates’ thought by proclaiming: “The only thing I know is that I know nothing and even of that I am not too sure”. Thus the notion of Epoché:  suspending judgment.

Strong opposition to Montaigne came years later, in the form of Descartes, who famously declared, “I think, therefore I am”. Two and half centuries later, we have translated this into, “I judge, therefore I am”. Gone are the days of nuanced discussion and argument, the subtlety of positives and negatives, the gray zone between the right and the wrong.  We have entered an era of black and white, right and wrong, my way or the highway. In an era of an attention deficit hyperactive population, where 140 characters of Twitter tests the limit of our attention span and a news article is our surefooted pathway to domain expertise, judgment is omnipresent. Everyone, who is anyone on the media circuit, is judging, opining, and criticizing without a moment of reflection on their real understanding of the subject matter. 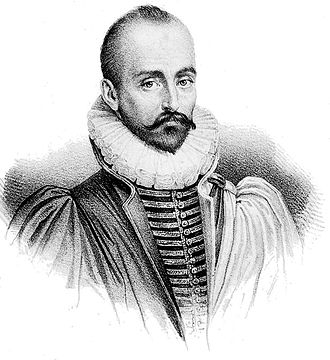 Every time I hear of someone giving a strong opinion, I am reminded of the time when I had judged someone strongly. I was staying in a small town in Trinidad. I had gotten used to the roads to venture on and the ones to avoid. One day when I was on my way to the clinic, I saw a man using a cricket bat to break open the car windows. This was first time I was observing an obvious act of violence. With a mix of anger and fear, I was thinking of the right course of action. I remembered my host family’s advice  “Vandalism is rampant, you better stay away” and hence decided to stay away. I rushed away so as escape any spill overs from this horrendous act. I walked away thinking about the hooliganism in this beautiful country, the impact of poverty on human behavior. I thought about the lack of education in the society, the lack of opportunities and its impact on crime rate. I wondered if incarceration was a better option and on and on. The next morning over breakfast, my host family of two nurses was excitedly talking about a baby with heat stroke admitted to their hospital unit the day prior. “The baby was very sick but I think it he will survive. I don’t know what would have happened if that young man had not rescued the baby”, said Leona.  Martin responded, “Yes, did you see his picture in the paper this morning?!?,  A true hero! ” and he handed me the local newspaper. I was shocked to see that it was the picture of the same “hooligan” from the day before. I read the article and was shocked to read that he had come upon a baby in a locked car and had broken the windows to fetch the baby and ran with the baby to the emergency room.  The doctors reported that the young man had saved the time by his quick thinking.  I was too ashamed to admit to Martin and Leona how I had observed the man in the act and had walked away judging him harshly. Instead of helping in this Good Samaritan act, I had chosen “not to get involved” and walked away. I wondered how that “hooligan” may have judged me when he saw me walk away.

Tempering ones’ opinion and judgment seems like the wisdom of the ages and of aging.  When I was a young intern, rounding with a senior consultant, we evaluated a patient with fever and cough.  The consultant asked the medical student about the possible diagnosis. The medical student promptly replied, “Pneumonia”.  The consultant was impressed, “Absolutely! It is likely to be pneumonia and it should be the first consideration.  What are the other possibilities?”  The student was flummoxed, “It IS pneumonia!”  The consultant waited for a moment and then chuckled and said, “Oh! I remember the times when I knew so little and was so sure of everything.  Having practiced for years, I have learned never to be so sure”.  As time has gone by, I have continued to appreciate the wisdom of these words, in my professional and my personal life.

However, I cannot turn on the television, read the newspaper, or peruse a magazine without reading strong opinions and harsh judgments. Clearly, we have reached an era of know-nothing ignoramuses having the microphone to themselves rushing to judge everyone and everything in sight sucking up all the oxygen in public discourse and leaving the civil discourse of multi-faceted truth seekers, the zetetekois, with the carbon dioxide in their wake.

It appears that judging others and giving strong worded opinions is the only way to get attention.  Their absolute certainty makes me wonder if God has been communicating with them and hand down the truth. Judging others and then judging people who judge others has become the staple of the public discourse.  This has percolated into society at large where everyone feels that they have to have an opinion. The paradigm of read, learn, know, inquire and opine, has evolved into a circus of microphone, audience, judge, and opine. Least wonder we are creating know-nothing, attention- seeking, opinionated leaders who have become the media darlings. The harsher they judge, the more sensational and controversial the situation seems, the more discussion revolves around their opinion. Now follows the swarm of opinionators who give an opinion about this opinion.  And the saga continues………… 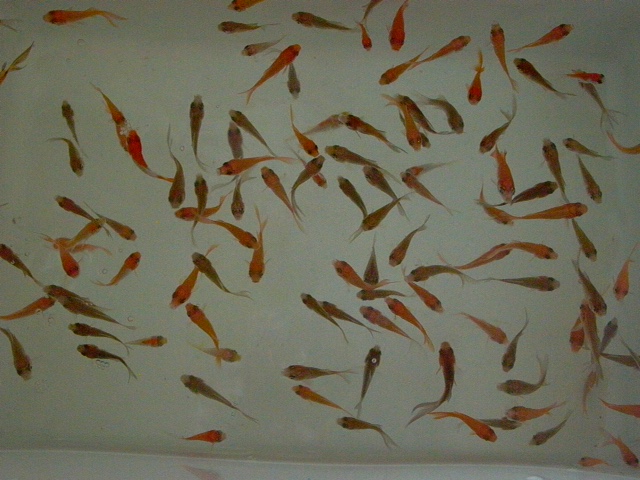 And where are the moderates, the nuanced, the polymaths?  The moment someone describes the various aspects of the truth, she/he is condemned as an “academic” which has become synonymous with too much knowledge without the ability to execute. Gentle reminder about the ones who executed too much: Mao Tse Tung, Adolf Hitler, Pinochet….. and the “academics”:  Mahatma Gandhi, Martin Luther King Jr, Noam Chomsky ……Noam Chomsky is rarely mentioned  in the current media , and I doubt in this age the others on my list would have made it into the media’s circle. Wisdom of the ages is embodied  in soft spoken, reflective, contemplative individuals such as Dalai Lama. However, the media loves the, “He may be right or he may be wrong but he always has an opinion” personas.  There are many a Faust in our midst with little understanding but happy to give an opinion on any subject matter in order to continue in the limelight.

I remember reading the following ruminations of a university student:  “When I graduated from college with my bachelor’s degree, I thought I knew everything about my major.  I might as well get my Masters, it definitely will not be too much work. I already know all there is to know, after all, I graduated with honors in my classes.  I spent the next two years getting my Master’s degree and at the end of it, I panicked, “Oh, God, I know nothing about this major. Let me go ahead and get my PhD so that I learn what I need to know about this subject”.  I spent the next five years getting my doctorate and at the end of it, I was relieved.  “So what if I don’t know much about my subject, nobody seems to know this subject very well anyway”.  It is the increased knowledge that made the student recognize the deficiencies in his understanding of the subject matter and highlighted the gray zones. Unfortunately, it seems that for now we are cursed with the cacophony of the opinionators with knowledge base and the expertise of a bachelor’s student. “I don’t know” and “I am not sure” is rarely heard, and usually reserved for the court deposition.

In this age of increasing fear and alarm about everything that concerns the “other”, fear of foreigners, fear of immigrants, fear of refugees, fear of people who do not look like us, fear of people who walk or ride a bicycle instead of drive a car, fear of people who hold a thought other than what we believe – the world needs to return to the skeptics notion of Epoché.  While trying to understand the right way of living, the right action, the ancients had responded with the gentle “Epoché”. They believed that one has to live to the local customs, laws and tradition and so when does not know or understand other customs and traditions, the correct attitude is “Epoché”.  What do you think of the Mexicans? “Epoché”. What do you think of Donald Trump? “Epoché”……. 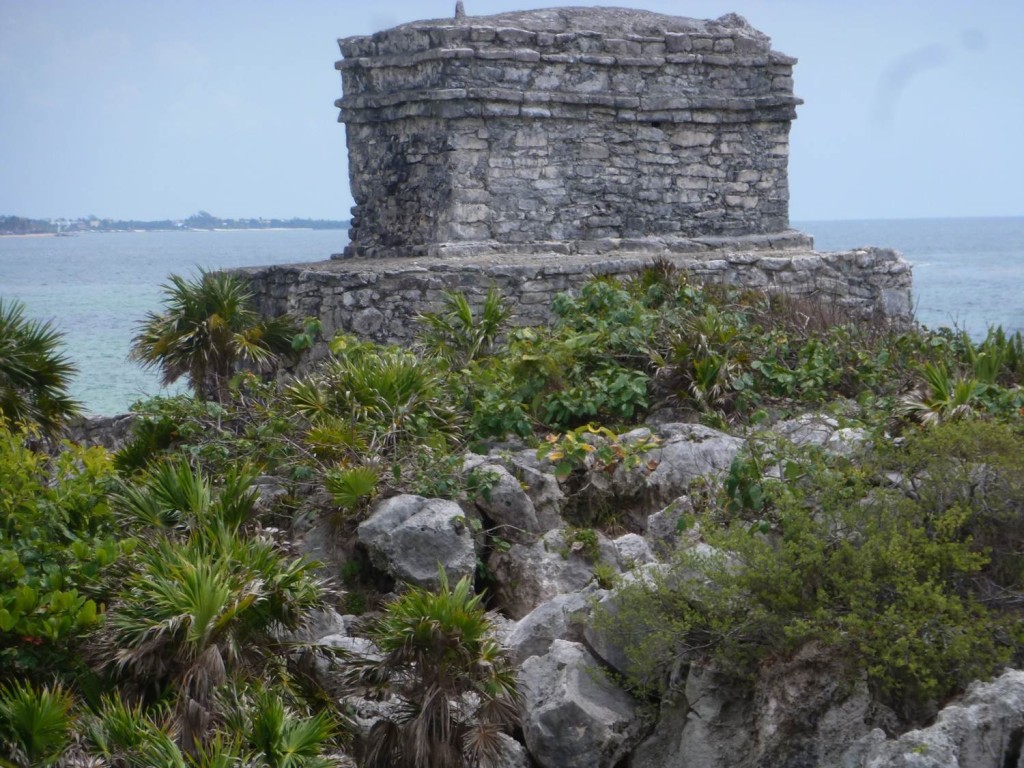