Pharriage: humans exchanging “rings” with phones and finally getting officially married to their (smart) phones; choosing smart phones as spouses over painful partners.

Well most of us are already “phnuggling” (snuggling with our phones instead of our partners), so can “pharriage” be far away?

Do you, Jill, take this phone, Jack, to have and to hold from this day forward, for better and for worse, in sickness and in health, to love and to cherish, ’till the battery dies or a new i-phone do you part?

We are more connected to our phones than partners anyway. And it also happens to be the perfect recipe for peace at home. Partners feel bad about being phubbed (phone snubbed) and bicker and quarrel with us. Marrying our phones will stop this nonsense. Furthermore, proposing becomes less costly. Just ask a friend to give your phone a ring. And after the “pharriage,” if the phone insists on argument, you can always switch it off or just let the battery die. Kill two, three, four birds with one stone. Work smart, don’t work hard. Peace in the home. Peace in the world.  A practitioner of “Think globally, Act locally.” True global citizen, and all that. Those are the benefits of a “pharriage.”

However, Pharriages, we predict, could also be the cause of the next big headache for the justices in the US Supreme Court. Conservatives will have one more thing to worry about. Same-sex marriages will become so yesterday, like child’s play for a judge. However, judges will have a hard time resolving questions such as who is the dominant partner in the relationship;and how to separate property in case a pharriage breaks down. Just because I pay all the bills for my phone in a pharriage – does it mean that I can treat my partner-phone like cattle or property? What about abuse of the phone-partner? What about abuse by the phone partner? How easy is it to leave someone like a phone-partner who knows all our secrets, including passwords for various bank accounts and credit cards? How do you cheat on a smartphone-spouse; or send a text message of an affair without this smartphone-partner knowing?How much does the smart-partner (obviously the smartphone) get in a divorce; can smartphones own property (they buy and sell them anyway); and who gets custody of the child (an adopted i-pod)?

Pharriages and more resolutions as we decide to make the world a peaceful place this New Year. We make resolutions at the start of every year because it’s that time when we want to wipe the slate clean, start afresh. Discard the bad habits of the last year and make a better world. However, with each New Year we find ourselves in a worse place than we were the year before. However, we believe the resolution to “pharry” may change all that.

I will marry my smart-phone (or participate in a pharriage) 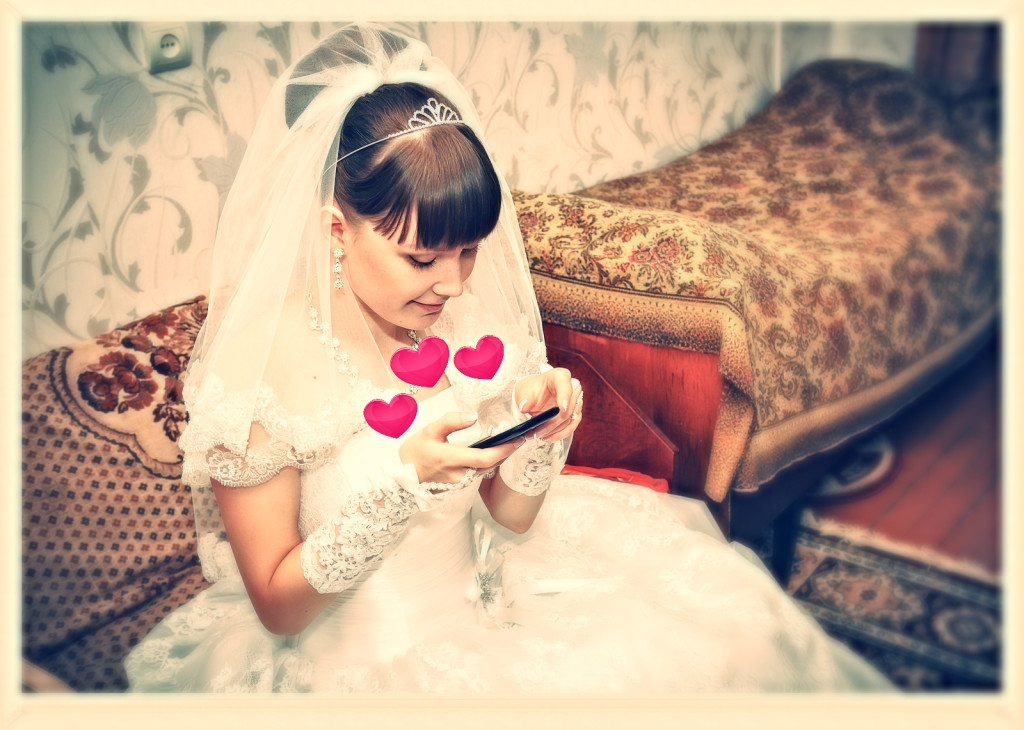 This is also the toughest of all resolutions to keep because it does not allow us to pass on the blame of this big, bad world onto others.  Trump may stop talking; ISIS may stop terrorizing; the climate may stop changing; but we, the people, will keep our fingers glued to those touch-screens.

Our ancients, in remote villages, star-gazed and told stories of the universal human, then the modern Europeans sea-gazed and crossed over to colonize, today, when everyone in the planet is connected we are selfishly smartphone-gazing.

To the extent that 31% of women said they would much rather spend a day without their romantic partner, than without their mobile phones; and those between 18 to 44 years were most likely to choose (mobile) phones over partners. However, among those aged 65 years or older, nearly 4 in 5 (79%) of respondents preferred to lose their phone rather than their loved one. These were reportedly found in a survey conducted by The Best You, UK’s leading personal development magazine.

“Sound the alarm: The good old-fashioned relationship is under attack from technology?” said The New York Times in December 2014.

A report in The Daily Mail (UK) stated that: “We now spend more time on our smartphones than with our partner, according to a new study.The average smartphone user tends to spend two hours (119 minutes) a day using their gadget.Yet, the amount of time we spend with our other halves (partners) per day is just 97 minutes – a third less – on average.”

Smartphones won. Partners and spouses- out.

So why not give in and get married to our phones anyway?

Rogers Communications found in a recent research study that majority of Canadians have a strong attachment to their mobile gadgets.The survey of more than 1,000 smartphone or tablet users found that 65 per cent said they felt naked without their smartphone and Internet access. More than half of those polled said they check their mobile device before brushing their teeth in the morning. In the US 40 percent checked their smartphone while sitting on the toilet

Neither phubber nor phubee be.

Recent research seems to suggest that relationships – between two humans, couples specifically, is under attack – mainly from technology and that too of the smartphone variety. Phubbing (phone-snubbing) has become the single most worry for people. This means that someone rejects a person in front of him or her in order to answer a call or text message or email on their smart-phone.

In one particular study of married or cohabitating women, 70 percent, reported cell phones as the main reason for interrupting interactions between partners sometimes, often, very often or all the time. The authors called this interference by technology as “technoference.” Women who reported technoference also fought more with their partners, felt badly about their relationship, more depressed and less satisfied with life. phones f&$#ing up relationships.

So why bother? Be with your chosen-one all the time – you already are. Just formalize the relationship.

Get pharried. (married to your phone). Get hitched to our smart phones. We already are. Just get someone to officiate it.

Phone partners are the best…

You push its buttons and it does your bidding like a real human spouse never will.

And you do not have to worry about diamonds and stones because in future smartphone screens will be made of sapphire. Screens that won’t chip or crack when drooped, can’t be scratched with keys, or even by a concrete side walk.

After all isn’t that the kind of partner you want – who is pliant and resistant to all the insults we heap on them.

Today our smartphones are with us all the time, they know our deepest secrets. True to popular Hollywood folklore, you finally get to marry your best friend and keep them as your best friend even after the wedding.

Your phone is smart enough not to phub you?  Actually it can’t.

But you can easily phub them – just buy another phone and start using the new one.

And your old phone cannot even leave you.

It’s all in your hands.

Now there are critics of “pharriage” who will try to dissuade. Tell you that this is not the way forward. They will put impediments on your path as you try to fulfill this resolution. They will tell you not to marry your best friend. And when you ask them why? The only reason they can give is that we need human contact, to talk to and listen to another human being; to touch wrinkled human skin, to grow old together.

That is dumb. Who wants that?

A life in which we have complete liberty to engage in the pursuit of happiness.

Isn’t that the end-goal we aimed for? The raison d’être for human evolution over centuries?

A “pharriage” can give us all that. And Peace.

(Because you can always switch your phone off to stop the constant ringing and beeping or just as easily buy a new phone and have an affair in the next room. Ask yourself: Can I do that with a human partner? Doesn’t “pharriage” sound exciting and completely in your control?) 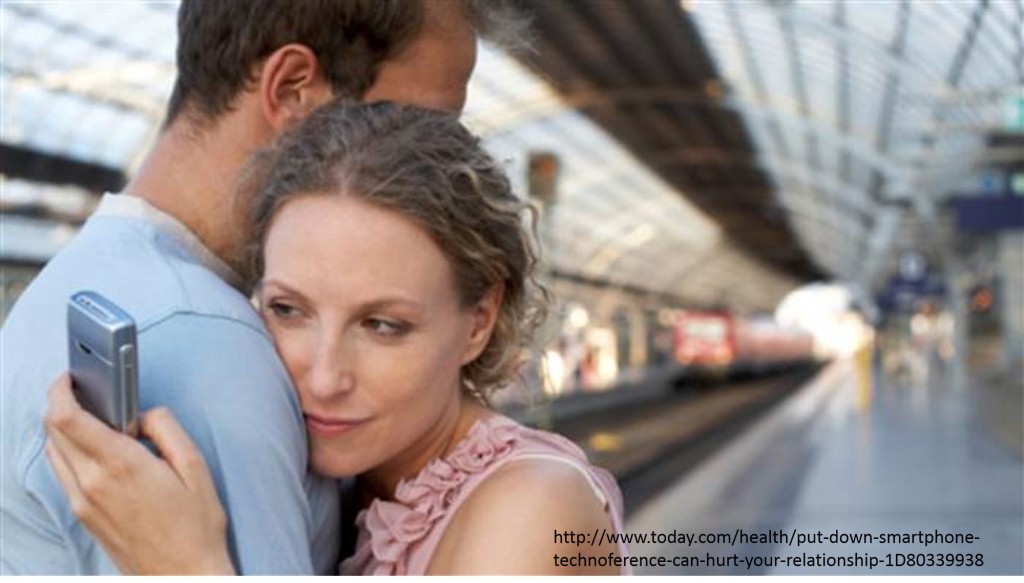 To have and to hold: We now spend more time looking at our PHONE than with our partner

MOBILE TECH SPECIAL. Your Life Is Fully Mobile: We walk, talk and sleep with our phones. But are we more—or less—connected?

Smartphone Addiction: Staggering Percentage Of Humans Couldn’t Go One Day Without Their Phone

Are Gadget-Free Bedrooms the Secret to a Happy Relationship?