BD is still on safari (in Vescovana, Italy). We know his readers miss him terribly. His fan mail’s piling up and it’s grotesque … the love, love, love, hate, love, love for this excellent gentleman.

Without asking his permission, I opened all his mail. One reader requested summer reading list suggestions, so last week I called BD.

“Pronto,” he said … that’s how they answer the phone in Italy.

I asked for a book list and he said OK.

I wasn’t familiar with most of the books he referred to. “Do I also have to read all these books to write about ‘em?” I asked.

Side note: I plan to have my own radio show soon. I hear talk radio is the best way to meet women in America. I need it, can’t wait, yet must wait. Patience is the mark of a good lover. However, practice also makes a perfect lover. So, I’ll do the reading list as a radio show. I hope you do not mind; after all, all the world loves a good lover.

Good afternoon, and welcome to the Lee Poe Show. Today, we’ll be discussing books (cough, cough) you should read this summer. If you don’t have time to read ’cause your job’s too demanding (cough cough), quit your job, find some shady trees and a hammock and hit those books! The Doomsday types say we ain’t got much time left for the Good Life. Bad news abounds. Personally, I don’t believe in global warming, George Soros, the Islamic State, Japanese sex robots or Billary Clinton. As far as I know they might all be fictions … and really good ones at that. I got a farm in Virginia and things there are as normal as ever. So it’s time to treat your mind to some fine summertime stories, pictures and concepts.

ONE … THE DOUBTFUL GUEST

No, it’s not a border-control book (but it could be).

Author: Edward Gorey. It’s small and thin with few words and lots of pen-and-ink drawings of a birdlike creature … a mute furry/feathered thing that torments its host family with minor acts of surrealistic terror. It’s a weird little book. I think I enjoyed it. You should check it out. Published by Doubleday. 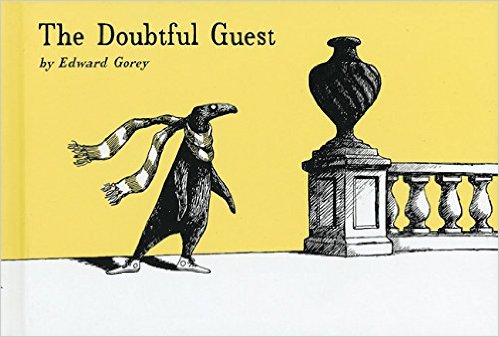 Men and women stranded on tropical beaches littered with the rusting wreckage of war and industry and things generally falling apart … at the edges of vast deserts, in jungles, on islands, in concrete towers … among giants, monsters and impersonal and harsh weather systems. Author is Ballard, the guy BD calls the greatest writer of the 20th century. Ballard was a disciple of W S Burroughs and good friends with Michael Moorcock. Ballard died back in 2009, then Norton published this brick of book. What a treat for lovers of high-grade dystopian yarns! A must for summer, winter …any time and all the time. 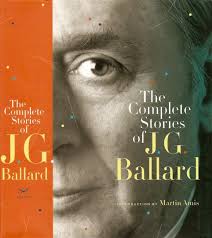 This was John Waters’s first book, published back in ’88 by Vintage. At the time he was probably smoking 4 packs of cigarettes and guzzling several pots of coffee a day. He made movies, wrote essays and appeared on Letterman and other talk shows.  The best thing in here is “Hatchet Piece (101 Things I Hate)” … in which Waters, the Prince of Puke, indulges in a rant-tantrum in which he targets The Hobbit, vegetarian restaurants, public break dancing and 97 other major annoyances. 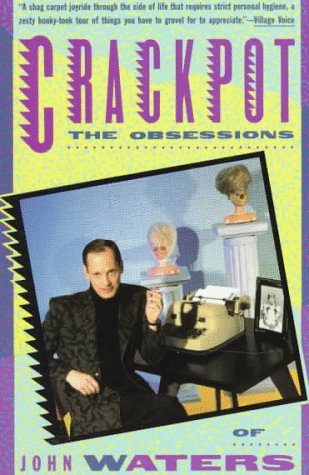 FOUR … LIVES OF THE PAINTERS, SCULPTORS AND ARCHITECTS

This is really a juicy one. A guy named Vasari wrote it about his Renaissance buddies hundreds of years ago. Everyman’s Library has made a handsome two-edition box set bound in blue cloth … so it feels like you’re actually holding culture in your hands. I took a break from shark fishing the other day and poked around in these books and learned that Leonardo da Vinci built a mechanical lion that could shoot flowers out of its chest, and that the great painter and skirt-chaser Raphael screwed himself to death at the age of 37. What a way to go!

FIVE … THE SEA AROUND US

Author: Rachel Carson, who wrote Silent Spring. Publisher: Oxford. This is a book about our salty salt-water world and how it lives and moves and whispers and rages. This is nature writing at its most poetic. If you’re an aspiring writer, don’t read this … you’ll just get depressed ’cause the prose is so damn good. BD brags about having a first edition copy (1952). I said “So what?” He told me that he read it while on an extended visit to the land-locked city of Denver, and he got so homesick for the Texas Gulf Coast that he filled a bathtub with a whole box of table salt and lukewarm water and soaked himself for three hours. 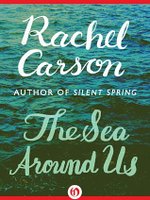 SIX … THE SEA INSIDE

This one’s by Philip Hoare, a very cool writer from England. This book’s even more elegant than Carson’s. Maybe the best book about our oceans ever written. Really. Publisher: Harper-Collins. Check out Hoare’s blog, The Whale. 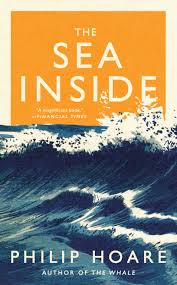 By Andy Warhol, who tape-recorded his speek-freak buddy Ondine babbling incoherently about drugs and other distractions in New York in the mid-’60s. Warhol played it back to Maureen Tucker, the Velvet Underground’s drummer, and she typed it up (badly). It’s terrible. It’s great. Read it out loud to your family and friends. If anyone’s still in the room after 10 minutes, give him or her a candy bar. They’ll have deserved it. Publisher’s Grove Press. 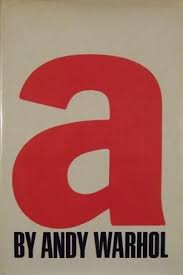 Everything that matters. Ovid is rumored to be dead. I doubt it. Publisher: Penguin. It’s clothbound and weighty and new-ish. Never leave home without it. 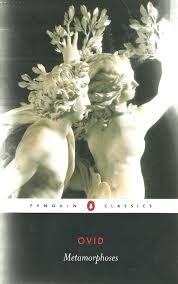 Author Morrison’s Scottish and proud of it, and proud of being one of the best superhero comic book writers around. I always thought of him as the W. S. Burroughs of the comic world. He’s a brainy pervert who hasn’t shot anyone yet and probably never will. Despite being a real-life supervillain, he’s more good than bad. Lucky us. Supergods is published by Spiegel & Grau. 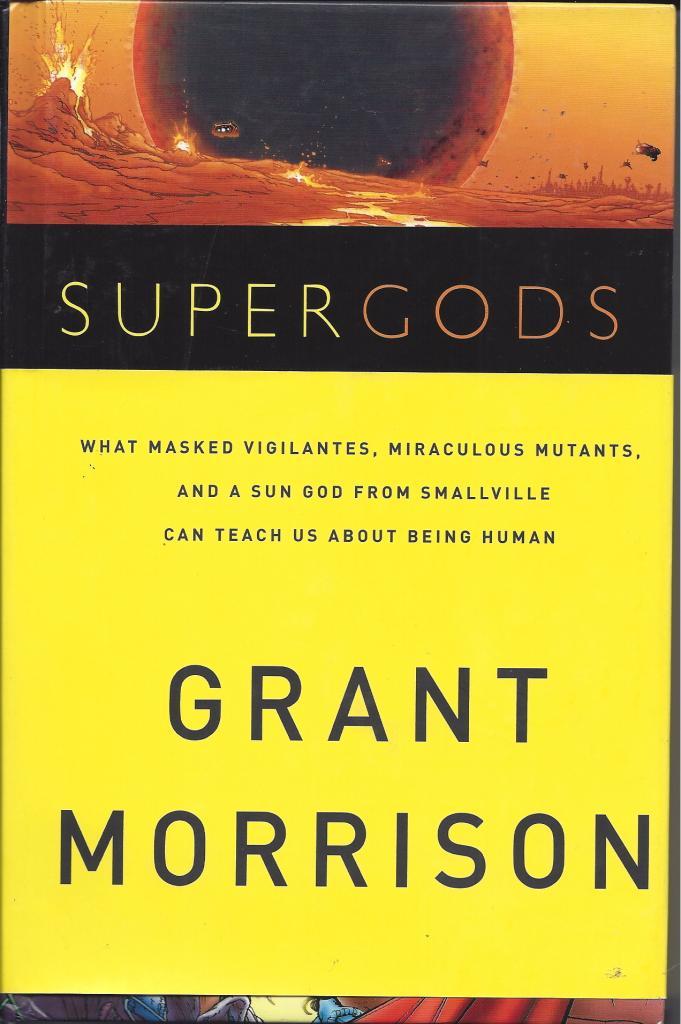 This is not really a “book” … more of a comic book, or magazine. It’s published by the Lee Poe Show’s favorite sponsor, OUC Enterprises. Like the Metamorphosis, Secret Origins is about everything. Order your copy today and they’ll send you and autographed copy and include free Fine Art to hang on your wall. 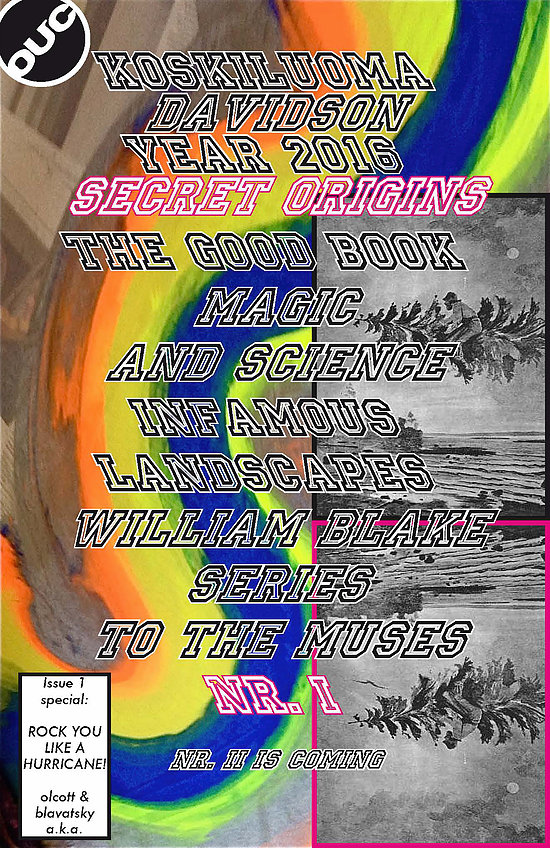 That’s it for now, folks. Thanks for listening to the Lee Poe show!

Side note: I know there is no number to call in; but, if you did liked what you heard then do feel compelled to call your local radio station and demand for the Lee Poe special. I believe one listener called the local Chinese restaurant. The radio station. Wanna be a famous talk show host and fry your brains, not take orders for Mongolian pork.