“GOP lawmakers want delegate voting as per their conscience!” screamed the headlines.

“Isn’t that wonderful? Elected Republicans in the US Congress were asking delegates from the Republican primary election to vote according to their conscience,” I turned to my friend.

“Quite an oxymoron,” he said. My friend thought lawmakers did not have a conscience in the first place, just as lawyers and hearts do not go together so do politicians and consciences.

As I drove back home, I wondered if may be my friend had been too harsh on Republican politicians and painted them all with one broad brush? After all what is conscience – the inner conviction that differentiates right from wrong. Surely, our elected leaders knew right from wrong. We have left this great country in their hands?

After I reached home, I could not sleep. So I did what millions of other Americans do – I went over to the virtual world.  I searched the internet for statements made by influential Republican lawmakers to find if there was some glimmer of conscience among politicians which I could then use in the next debate against my opinionated friend. Here is what I found. Although a small sample of only 4 statements; it may still be a guide to their inner beliefs:

Although these four lawmakers in no uncertain terms castigate Trump, they still support him!  And this is the group that wants others to act on their conscience?   Where is their own conscience?

The next morning like millions of other Americans I was driving to work. And the thought of conscience and the dilemmas of the Republican Party were playing out as different scenarios in my head.

I was on the road; what if I saw some other car driver run over a cyclist and then speed away from the site. But, I had the opportunity to have a very good look at the errant automobile driver’s face and number plates. The next day this same driver came to my office for a job interview. I check the number plates on his car and find them to be the same. 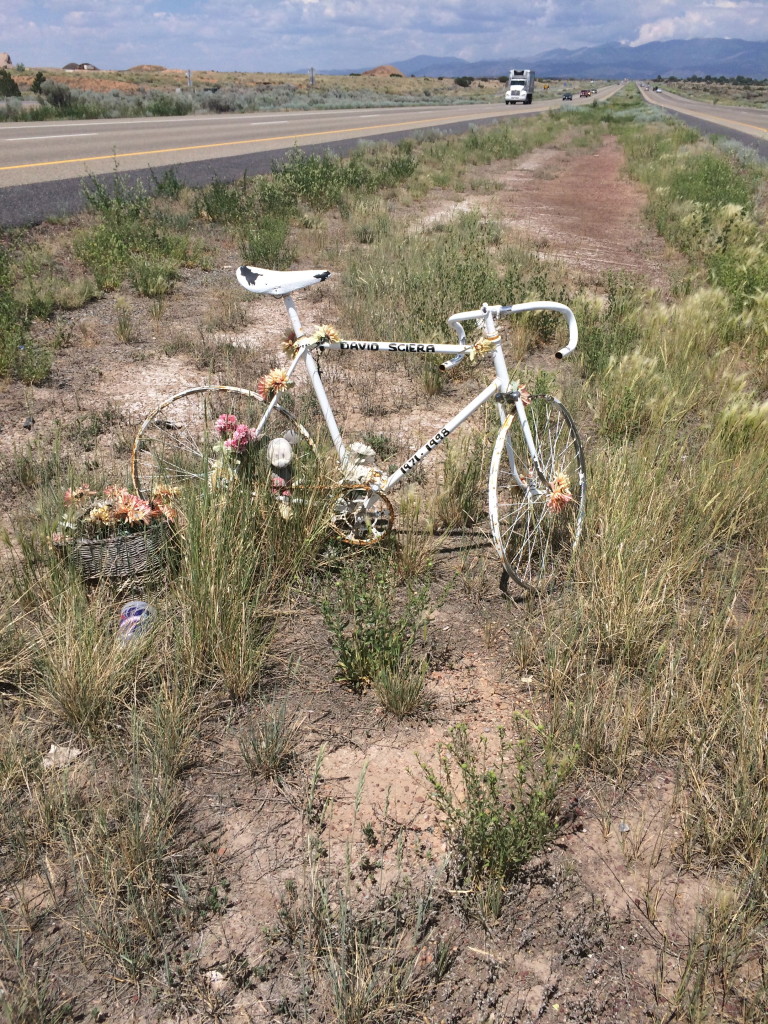 What would I do? I thought.

Would I call the driver a bad person but still back him for the job?

Would I file a complaint in the police station or notify the police?

Would I just keep quiet and mind my own business; after all the life of the cyclist or pedestrian was not really my concern?

Did I have any responsibility to the cyclist who was now injured or dead or to the family of that person?

As an American what did the US laws tell me to do?

As an American what did American society expect me to do?

How would my family and friends react if they found out I kept mum?

What would they do if they found out I gave him the job?

Now consider this analogy. What if Trump were the driver, then would the Republican Party leaders give him the job?

Of course they already have. They say they have because they cannot go against the will of the people who voted in the Republican primaries. But what about their own conscience?

What does a politician do if his or her conscience tells him or her that the will of the people may not be pushing things in the right direction?

Why this passive and hypocritical reaction on the part of the leaders of the greatest country in the world, I wondered? What has happened to America recently or was this an old phenomenon in the US?

Ayn Rand, torchbearer of the conservative movement, once stated, “Contradictions do not exist. Whenever you think you are facing a contradiction, check your premises. You will find that one of them is wrong.”

Whatever it may be, something seems to be very, very wrong in the Republican Party. And it was their very mandate of voting as per conscience that opened my eyes to it.

From the very beginning of his campaign, Donald Trump has used the “us versus them” strategy.  He has labelled Mexicans as rapists, blacks as criminals, women as pigs…..It is very clear that his constituency have looked upon this as the freedom to express their biases more openly.  Nearly 20% of Trump Fans Think Freeing the Slaves Was a Bad Idea (Time Magazine, Feb 2016).  Nearly Half of Trump Supporters Say Blacks Are More ‘Criminal’ and ‘Violent’ Than Whites: Poll (Newsweek, June 2016).  White Supremacy groups like the Ku Klux Klan have endorsed him and celebrate his candidacy since he backs their racist agenda.   Donald Trump called a US born judge of Hispanic heritage, unfit to adjudicate the law suit against him because the judge’s   Mexican roots.  Trump has used “Native American” as a slur against Elizabeth Warren.

How have these “conscience” touting Republican lawmakers reacted to all of this?   Paul Ryan called Trump’s attack on the judge ‘A Textbook example of a Racist,’ but nevertheless went on to endorse Trump’s candidacy in almost the same breath.  (NY times, June 2016).    Newt Gingrich has gone on record saying, “His (Trump) description of the judge in terms of his parentage is completely unacceptable.” Interestingly, Newt Gingrich was vying to be the Vice Presidential candidate with Trump.    Although many of the senior Republican lawmakers used strong words to distance themselves from Trump’s statements, they nevertheless endorse him for the Presidency!

If you call Trump a racist but continue to support him, then what does this say about you?  There are really are no ifs or buts when it comes to human life and human dignity. Isn’t that the true value that western democracy has brought to the global table? These lawmakers need to evaluate their own conscience; especially in the context of the inscription under the ultimate torchbearer for America – The Statue of Liberty.

“Give me your tired, your poor, Your huddled masses yearning to breathe free, The wretched refuse of your teeming shore. Send these, the homeless, tempest-tossed to me, I lift my lamp beside the golden door!” 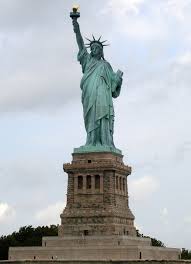 What enthuses the conscience of a Republican lawmaker?

It appears that the Republican lawmakers of today talk a good game about morality, racial equality, gender equality, Christian values, free trade, and small government.   However, they continue to endorse a racist, xenophobic, misogynist, anti-free trade, walls-building bigot such as Trump.  So, what explains this contradiction?  What makes them sell their soul?

Votes, votes and votes! Votes seem to be the only conscience that Republicans believe in.  They look at the 13,300, 472 people who voted for Donald Trump.  They want to get a piece of these votes for their own re-election campaign.   They are willing to abandon every single conservative principle, their conscience and their soul for the short term goal of winning elections.

What the Republican Party leaders have not realized when they endorsed Trump is that they essentially provide what he was arguing in the primaries. Trump rode on the anti-political establishment wave among the Republican base. He said to the people what they wanted to hear: These political elders of the Party, who live and work in Washington, do not care about you. They only care about their own self-interest and making money.”

By not heeding their conscience or speaking what they believe in, these Republican Party leaders have simply proved his point.

And when the Party leaders castigate Trump but they say they will vote for him, it clearly shows that they need him more than Trump needs them.  Trump does not care about their endorsement – but they do not want to antagonize his support base for fear of losing the current round of elections. So the Republican Party leaders are caught in a trap. In fact, it is highly possible that by speaking as per their conscience and coming out against Trump’s negative propaganda, they may lose votes in one round of the election cycle – but by showing more moral courage and sagacity they will thrive and grow in the long-term. However, politicians like businessmen in the US are caught in the trap of short-term thinking. They forget that it took Hilary Clinton 25 years (since Bill Clinton ran in 1991-92) to be nominated as Presidential candidate by the Democratic Party.

Politicians have converted politics into a short term game and that is what is truly hurting the American public; there is no one to look after their long term interests.

On almost every important issue, the Republican leaders have shown that they follow any other principle except their conscience.

The Government and wasteful spending:

The Republican lawmakers routinely talk about decreasing government spending.  They have doggedly gone after the “wasteful” and “unnecessary” government spending.  However, they have spent $5.5 million of tax payer’s money investigating Hillary Clinton’s email scandal; another $7 million investigating the Benghazi incident. Despite finding nothing substantial they continue their wild goose chase to continue the politically inspired, tax payer funded defamation campaigns against Hillary Clinton.  In sharp contrast, despite the clear evidence that came out of the British public inquiry into the Iraq war also known as Chilcot Report (after Sir John Chilcot who led the inquiry) recently that Bush, Cheney and Rumsfeld misled the US and UK into the Iraq war costing billions of dollars and the loss of countless innocent lives, the Republicans have shown no interest investigating this situation.  Have these “conservative” lawmakers been following their conscience?

The Republicans have been constantly and consistently touted their Christian values and morality, and claim the liberals/Democrats to be anti-religion and morally corrupt.   The Republicans led by Newt Gingrich wanted President Bill Clinton impeached over his conduct with Monica Lewinsky.  At the time, the Republican-controlled House of Representatives impeached Bill Clinton over the affair. They indignantly declared him to be unfit to be the President of the U.S. because of his personal moral failing.  Interestingly, they do not have the same moral outrage about Donald Trump who has boasted of many affairs during his three marriages.  None of these Republicans have any problems with Trump’s absence of Christian values. It appears that the Republicans peddle Christianity’s Ten Commandments for others but only follow Ronald Reagan’s eleventh Commandment (“Though shall not speak ill of a fellow Republican” to the exclusion of the other ten?!

The Free market, Free trade and deregulation have been the holy trinity of conservative economic policy for decades. In addition, the Republicans have chastised developing countries for practicing protectionism.  They have accused the Democrats as ignorant labor union-leaning populists.  Over the past two decades due to globalization, developing countries like Mexico and China have attracted the manufacturing jobs from the US.  Here comes the presumptive Republican Presidential candidate Trump, calling for the use of protectionist tariffs and trade barriers in the name of nationalism.  Interestingly the majority of well-regarded economists call Trump’s recommendations “a recipe for disaster.”  None of the Republican lawmakers have criticized Trump for his views on free trade and protectionism as a policy measure.  While Donald Trump rails against free trade agreements, the Republican lawmakers remain silent bystanders!

Is there hope for conscience in the Republican Party?

Conscience is what makes a man.  One has to believe in the ideologies that one is peddling.  It is time for moderate and sane Republicans to come back to conservativism from this populist, vote grabbing, win at any cost, scorched earth policy for the election cycle. This country deserves a true conservative movement and not the empty talk marketed by the Republicans during the election campaign.  I hope the Republican party of Lincoln takes a very honest, hard look at itself, before it is too late and it becomes irrelevant.    It is time to stand for your country. It is time to put your conscience before your campaign.  It is time to do the right thing.