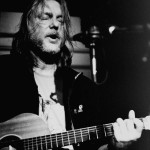 Originally from Houston, Texas, Brett Davidson is a poet and songwriter who lives in Switzerland. He is the author of Undertaker Please Drive Slow (Horse Law Press, 2008).  His most recent book is Glass House (Atopia Projects 2010), a meditation on the life and work of architect Philip Johnson. He also writes for and records with Captain Ludd and The Jesus Taco.