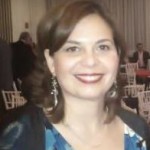 María D Gómez is a bilingual economist with undergraduate education in Mexico and graduate education in the United States. An expert on financial analysis, transparency and strategic planning, Maria has more than 10 years of experience as a professional economist in the public sector, having served as a researcher at Mexico’s Central Bank; director in Mexico’s Economy, Finance and Labor Secretariats; and planning coordinator in the Administration and Disposal of Property Service.

In addition, she has 10 years of experience as a professor of economics both in the US and in Mexico; has published scholarly articles on macroeconomics, applied econometrics and social dialogue. She has co-authored an economics textbook and published several personal finance articles targeted at women.

Currently, she is the head of the Economics and Business Department at Tecnológico de Monterrey, a private university in Mexico with several campus all over the country.

Her collaboration with the Essayist is a ‘singularity’ from her regular path and arises from her experience as a single professional living in Mexico City.